In the era of #MeToo, college campuses are a prime place to be having conversations about sexual assault prevention. But often students lack the proper knowledge or training on how to go about it. 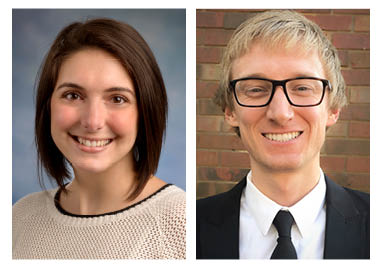 Now, University of Georgia students can access a short, entertaining video that shows how to prevent sexual assault safely.

The project was the only one funded by this APHA funding mechanism.

About one in four college women are sexually assaulted during their time on campus, and it’s estimated that 59 percent of those incidents go unreported. Training students to safely intervene in risky situations is a proven method to prevent sexual assault, says Ms. Schipani, whose doctoral research focuses on sexual violence prevention.

Through a series of jokes and skits put on in the style of HBO’s Last Week Tonight with John Oliver, the video takes viewer through the four D’s of the ‘bystander model’ – direct, distract, delegate, and delay.

“These principles have been used effectively in a bunch of different interventions,” said Ms. Schipani, because they foster a sense of community that encourages students to take care of each other in a situation that could lead to sexual violence.

The goal of the video, says Mr. Jashinsky, was to relay information through entertainment. “That way, they don’t turn off the video because they’re genuinely enjoying themselves.”

Both he and Ms. Schipani have had experience with script writing and creating videos using principles of entertainment education.

“It’s the idea of bringing people in instead of tuning out. If the video is more didactic, people are not going to pay attention to that content, so we really wanted it to be funny and engaging,” added Ms. Schipani.