UAB: Associations between SLC16A11 variants and diabetes in the Hispanic Community Health Study/Study of Latinos (HCHS/SOL)

Lead author, Dr. Bertha Hidalgo, assistant professor in the department of epidemiology at UAB’s School of Public Health collaborated with other researcher from across the country to determine whether these previous findings would replicate in the HCHS/SOL Mexican origin group and whether genotypic effects were similar in other HCHS/SOL groups. 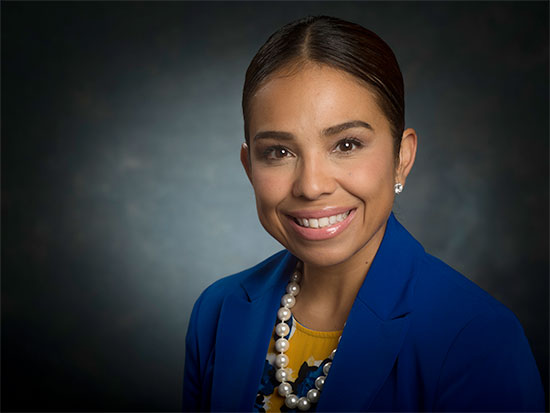 The team analyzed these five variants in 2492 diabetes cases and 5236 controls from the Hispanic Community Health Study/Study of Latinos (HCHS/SOL), which includes U.S. participants from six diverse background groups (Mainland groups: Mexican, Central American, and South American; and Caribbean groups: Puerto Rican, Cuban, and Dominican). The team estimated the SNP-diabetes association in the six groups and in the combined sample. They found that the risk alleles occur in two non-reference haplotypes in HCHS/SOL, as in the SIGMA Mexicans. The haplotype frequencies were very similar between SIGMA Mexicans and the HCHS/SOL Mainland groups, but different in the Caribbean groups. The SLC16A11 sequence variants were significantly associated with risk for diabetes in the Mexican origin group (P = 0.025), replicating the SIGMA findings. However, these variants were not significantly associated with diabetes in a combined analysis of all groups, although the power to detect such effects was 85 percent (assuming homogeneity of effects among the groups). Additional analyses performed separately in each of the five non-Mexican origin groups were not significant. They also analyzed (1) exclusion of young controls and, (2) SNP by BMI interactions, but neither was significant in the HCHS/SOL data.

The previously reported effects of SLC16A11 variants on diabetes in Mexican samples was replicated in a large Mexican-American sample, but these effects were not significant in five non-Mexican Hispanic/Latino groups sampled from U.S. populations. Lack of replication in the HCHS/SOL non-Mexicans, and in the entire HCHS/SOL sample combined may represent underlying genetic heterogeneity.

The authors concluded that these results indicate a need for future genetic research to consider heterogeneity of the Hispanic/Latino population in the assessment of disease risk, but add to the evidence suggesting SLC16A11 as a potential therapeutic target for type 2 diabetes.