Three researchers from the University of Alabama at Birmingham School of Public Health worked with the departments of ophthalmology and surgery in the UAB School of Medicine to examine whether cognitive impairment and decline, as assessed by a brief mental status screening test, was associated with future crash risk in a cohort of older drivers. Drs. Emily Levitan and Marguerite (Ryan) Irvin are associate professors, and Dr. Gerald McGwin is a professor in the department of epidemiology. 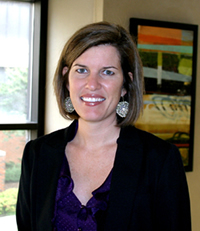 A three-year prospective study was conducted in a population-based sample of 2000 licensed drivers, aged 70 years and older. At the baseline visit, cognitive impairment was defined as <24 on the Mini Mental State Exam (MMSE). Decline was defined as those with a one-year change in MMSE scores in the lowest quartile (largest decrease). Motor vehicle collision involvement was obtained from the Alabama Department of Public Safety.

Poisson regression was used to calculate crude and adjusted rate ratios (RR). There were 278 crashes during the follow-up period. Rates of crash involvement were higher for those with cognitive impairment (crude RR = 2.33) compared to those without impairment at baseline; adjustment for potential confounders namely age and visual processing speed attenuated this relationship (adjusted RR = 1.26, 95% confidence interval (CI) 0.65–2.44).

The researchers found that drivers who experienced a pronounced decline in estimated MMSE scores in one year were 1.64 (95 percent CI 1.04 – 2.57) times more likely to have a future at-fault crash, as compared to those whose scores did not decline. Evaluation of MMSE over time may provide important insight in an older driver’s future risk of at-fault crash involvement.