Dr. Paul Muntner, a professor of epidemiology at the University of Alabama at Birmingham School of Public Health, and colleagues conducted a longitudinal cohort study of older people living in the U.S. who had Rheumatoid Arthritis (RA), were insured by Medicare, and had received Multibiomarker Disease Activity (MBDA) testing as part of standard of care from a rheumatologist. 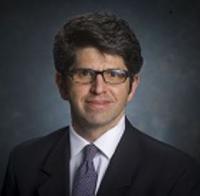 The researchers included patients who had had at least one valid MBDA score linked to Medicare claims, as well as Medicare with Part D (pharmacy) coverage for one at least one year before the first valid MBDA test date.

Data from 17,433 and 16,796 patients eligible for the SIE and MI/CHD analyses, respectively, were analyzed. The patients’ mean age was 69, 79 percent were women, 81 percent were white, and 38 percent were disabled.

The researchers excluded patients with psoriatic arthritis, systemic lupus erythematosus, inflammatory bowel disease, most malignancies and other related illnesses, as well as those who had begun to take any non-tumor necrosis factor (TNF) biologic or synthetic, targeted disease-modifying anti-rheumatic drugs (DMARDs). The cohort’s most commonly used medications were methotrexate (54 percent) and oral glucocorticoids (53 percent).

Patients with lower MBDA scores tended to be younger, have lower comorbidity burden, and use fewer glucocorticoids — but more biologics.

“Higher disease activity as measured by a panel of biomarkers was associated with higher rates of hospitalized infections, MI and CHD events. These findings add to the growing body of evidence that further strengthens the argument to strive for lower disease activity in RA,” the authors write in Annals of the Rheumatic Diseases, online Dec. 21, 2017.