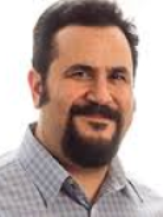 Over the past 30 years, an increased emphasis on breast cancer screening has led to early detection and treatment for countless women. According to Dr. Jason Herschkowitz, assistant professor of biomedical sciences, even though more women are being screened, the number diagnosed with advanced disease has not significantly decreased; suggesting that not all women diagnosed with an early-stage disease called ductal carcinoma in situ (DCIS) would have developed a metastatic, life-threatening cancer even if the mass were left alone. However, because of a lack of understanding of the underlying disease progression, most women with DCIS are treated with lumpectomy and radiation therapy or even mastectomy out of an abundance of caution.

Based on the belief of experts that many of these treatments are unnecessary, Dr. Herschkowitz has been awarded a $450,000 Susan G. Komen Foundation Career Catalyst Research Grant to research the difference between life-threatening tumors and those early stage breast lesions that if left untreated would not impact the woman’s quality of life or survival.

Dr. Herschkowitz, who is also affiliated with the RNA Institute, explains that the human body is made up of cells that each contain the same DNA sequence, yet the genes that are made are distinct depending on the function of the particular cell. For example, “skin cell DNA sequences are identical to one another but do not function as liver cells, just as bone cells behave differently than breast cells. Because cancer is essentially a group of cells that have ‘forgotten’ the correct expression pattern and no longer function properly, the differential expression pattern that this project will explore is critical to defining exactly how a cell will function both at the early stage of the disease and in more advanced presentations.”

To explore this, the project will identify the short pieces of DNA that can regulate broad gene expression patterns, called enhancers, that are critical to defining cell identity and function but that can also lead to malignancy.

Samples collected from women that have both early stage DCIS and invasive breast cancer in the same breast will be a primary focus. Additionally, DCIS samples from patients will also be inserted into mouse mammary glands. These matched samples will allow Dr. Herschkowitz to identify the enhancers and large clusters of regulatory enhancers called “super-enhancers” that are gained or lost in the invasive samples compared to the early stage disease.

It’s expected that a better understanding of these differences could help medical professionals better predict which patients can be spared aggressive treatment, in addition to identifying new potential therapeutic entry points.

“This Career Catalyst award from the Komen Foundation will allow us to focus on identifying markers of malignant potential in the early stage disease; which is a critical unmet need for patients,” said Dr. Herschkowitz.

The Komen Foundation offers Career Catalyst Research Grants of up to $150,000 per year for two to three years to promising breast cancer researchers in the early stages of their careers, as part of the Foundation’s mission to “save lives by meeting the most critical needs in our communities and investing in breakthrough research to prevent and cure breast cancer.” Dr. Herskowitz’s grant is for three years.