Dr. Julia F. Hastings, an assistant professor in the University at Albany School of Public Health and School of Social Welfare, has been appointed bv Gov. Andrew M. Cuomo to help advise the New York State Department of Health on issues pertaining to tobacco use and prevention as a new member of the Tobacco Use Prevention and Control Advisory Board. 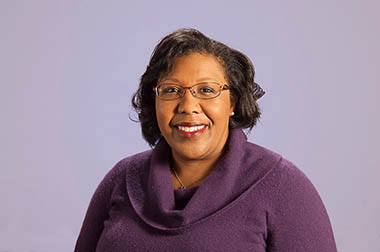 The Board, established in 2000, offers guidance on issues concerning the development, implementation and evaluation of the New York State Bureau of Tobacco Control (BTC). According to NYSDOH, the BTC uses an evidence based approach to tobacco use and prevention and conducts activities such as educating the public, providing cessation initiatives, and reducing the availability of tobacco products to youth.

“Tobacco use prevention programs and interventions remain a public health concern given the disparities in health outcomes for New York’s population,” said Hastings, whose research focuses on mental health, welfare and health disparities among minority populations. “I am excited to begin my service on the advisory board, and I hope my contributions lead to improved health equity and wellness.”

The BTC also administers the New York’s Tobacco Control Program, which aims to reduce illness, disability and death related to tobaccos use and secondhand smoke exposure, as well as alleviate the social and economic burdens caused by tobacco use.

Dr. Hastings said the Board will seek to promote policies for the program that reinforce the importance of tobacco-free environments, improve tobacco-dependence treatments and reduce the availability and accessibility of tobacco products for adolescents.

“The public health threats from tobacco smoke are enormous and this is a very rapidly changing topic area given the advent of other nicotine delivery systems like e-cigarettes; the need for timely, evidence-based policies and programs to avert these major health risks is now more than ever,” said Dr. David Holtgrave, dean of the School of Public Health. “We are so pleased that Dr. Hastings will be directly informing critical discussions in this arena.”

In 2010, the U.S. Surgeon General declared tobacco use as the nation’s leading preventable cause of premature death and disability; In New York, tobacco use claims more than 28,000 lives each year. Taking heed of the importance of a tobacco-free environment, the University became tobacco free in January 2018.