India has one of the highest rates of type 2 diabetes in the world, and there is now “growing national and international concern” about the drug regulatory system there, which allows use of a drug treatment that has not been shown effective or safe, say researchers at the University of Massachusetts Amherst and the UK’s Newcastle University in a paper published recently in the British Medical Journal.

In what they believe is the first study of its kind, lead author Ms. Valerie Evans, now a biostatistician at the University of Massachusetts-Amherst School of Public Health and Health Sciences, with legal advisor Mr. Peter Roderick and senior author Dr. Allyson Pollock, now at Newcastle, used World Health Organization guidelines for approving metformin fixed-dose combinations (FDC) to assess the efficacy and safety of those top-selling diabetes drugs in India. Ms. Evans, who did this work while at the University of Edinburgh with senior author Dr. Pollock, says “This work is relevant to an active case in the courts in India. We are in the six-month review window ordered by India’s Supreme Court right now.”

FDCs combine two or more drugs in a fixed ratio into a single dose form, usually a tablet or capsule, which is appropriate for some conditions. FDCs can make medications more convenient and less costly for patients. However, no national or international treatment guidelines recommend use of FDCs for type 2 diabetes, because individual monitoring and adjustment of blood sugar is so important in the disease, the authors say. 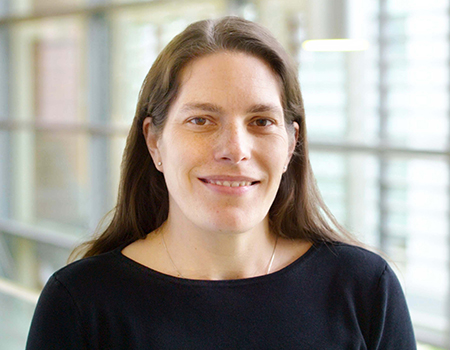 Multinational corporations manufacture all five of India’s 500 top-selling FDCs for diabetes, they add, and Dr. Pollock, who is director of the Institute of Health and Society at Newcastle University, says, “The lack of good trial evidence for these five top-selling metformin combination medicines for treatment of type 2 diabetes is of deep concern.”

Ms. Evans points out that India’s pharmaceutical companies are drug distributors for the world, “so if there’s a problem it can go everywhere,” she says. “You hope that the regulatory systems in the consumer countries can filter out problems, but that’s not always the case. We feel that people really need to know about this. We want the medicines that doctors prescribe for their patients to be safe and effective and for that to be supported by sound evidence and by properly conducted, transparent clinical trials.”

The authors point out that in March 2016, the government of India banned 344 unapproved FDCs that lacked clinical support or that were found to be potentially harmful. The ban included different doses of three of the five top-selling metformin FDCs. But the ban was overturned by the state-level Delhi High Court in December 2016. When the government later appealed this to the Supreme Court, it gave the country’s Drugs Technical Advisory Board six months to consider the banned drugs.

In their current paper, Dr. Pollock and colleagues state, “Our examination exposes serious deficiencies in the evidence base for metformin FDCs for type 2 diabetes and raises questions about the role of multinational corporations in manufacturing these for sale and use.” They urge India’s regulatory drug agency, the Central Drugs Standard Control Organization, to make public its evidence for approving the FDCs now in use, to provide “confidence in their efficacy and safety.”

Further, Ms. Evans and colleagues say if that evidence does not extend beyond the clinical trials they reviewed, “those FDCs should be banned immediately.” Dr. Pollock urges, “The Government’s 2016 ban on FDCs should be reinstated and a review of FDCs mandated by the Indian Parliament.”

For this work, the researchers searched the published literature, clinical trial registries and other data on the use of metformin FDCs in adults with type 2 diabetes in India. Ms. Evans says this work grew out of a larger project supported by the European Commission’s FP7 and led by Dr. Pollock that is looking at seven pharmaceuticals, one of which is metformin, and tracing them from production to consumption in India, South Africa and Uganda.