Dr. Tim Ford, chair of environmental health sciences in the University of Massachusetts-Amherst School of Public Health and Health Sciences and director of the university’s Institute for Global Health (IGH), is leading a project to help improve surveillance and response to cholera in Haiti with the support of a $285,000 grant from the PAHO Foundation. 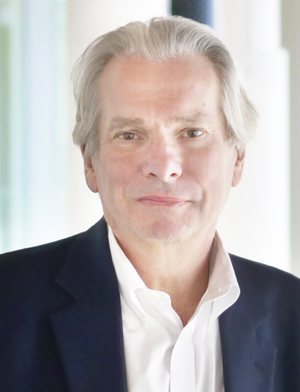 “Cholera surveillance and response in Haiti” is a two-part project, Dr. Ford explains. “We are taking two different approaches, one on the ground in Haiti in collaboration with Midwives for Haiti and other organizations and agencies there,” he says. “The other part of the work is taking place here on campus and in collaboration with a commercial laboratory in Maryland, CosmosID, which provides sophisticated bioinformatics tools. Contributing towards the cholera eradication plan in Haiti is the ultimate goal.”

Just under 700,000 cases of cholera were reported to the Haitian Ministry of Public Health from 2012 through 2014, and the nation saw 8,534 deaths. Using comparative genomics, experts determined that many strains were likely involved, some of local origin. In February 2013, the Haitian government launched a 10-year cholera elimination plan aimed at limiting cholera transmission by improving access to clean water, sanitation, hygiene and health care facilities for 80 – 90 percent of the population. Essential to these goals is developing early warning and rapid response systems and cholera awareness campaigns, Dr. Ford says.

“We sent undergraduate Jean Arnaud and doctoral student Monika Roy, both of whom are fluent in Haitian Creole, to Haiti to work with local health groups including Midwives for Haiti,” says Dr. Ford. “The students gave workshops on hygiene, sanitation, oral rehydration treatment for MFH student nurses and birthing assistants. They offered another workshop for midwives who work in remote locations on how to make rehydration salt solution from materials at hand for suspected cholera patients.”

The students also met with representatives of the Community Coalition for Haiti, staff of the Haitian National Public Health Laboratory and clinicians, hospital administrators and nurses. They collected water samples from a number of contaminated surface water sites where people bathe, wash clothes and dishes, and children play. Those samples were sent to CosmosID for whole-genome sequencing, revealing a vast number of potentially pathogenic bacteria, including endemic strains of the bacterium Vibrio cholerae. Dr. Ford says Mr. Arnaud spent part of this January collecting more water samples in Haiti, and IGH is now awaiting results of CosmosID’s analysis.

Dr. Ford says that IGH’s cholera surveillance project will rely on midwives to not only provide pre-natal, birth and post-partum care, but also send women back to their communities with knowledge to help others improve sanitation and hygiene, recognize and respond to the symptoms of severe waterborne diseases such as cholera and become an extension of the surveillance network.

The second part of the IGH project involves graduate and undergraduate students working with Dr. Ford’s postdoctoral researcher, Dr. Cristina Martin, in helping to optimize handheld whole genome sequencing. They are aiding in environmental, and eventually clinical diagnostics for the cholera bacterium, other pathogens and antimicrobial resistance and virulence genes. This team is working with a device produced in the U.K. known as the MinION, a real-time nanopore-based genome sequencing platform, and using local water sources for MinION optimization.