Dr. Richard Pilsner, assistant professor of environmental health sciences at the University of Massachusetts-Amherst School of Public Health and Health Sciences (SPHHS), recently received a five-year, $2.26 million grant from the National Institute of Environmental Health Sciences to extend and replicate findings in an animal study of his earlier investigation into the effects of phthalate levels on sperm epigenetics and reproductive success in humans. 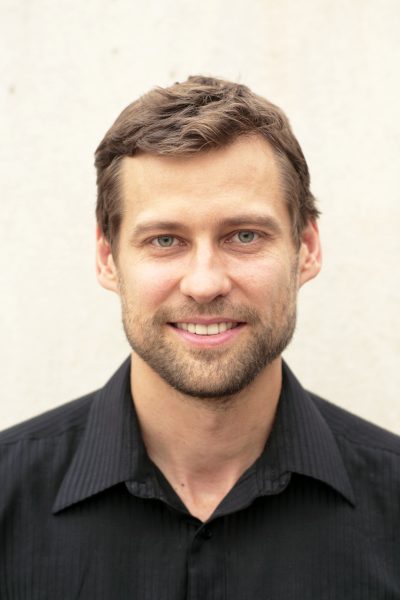 Dr. Pilsner says, “Once again we’ll be looking at paternal preconception phthalate exposures and how these influence sperm epigenetics and subsequent offspring health and development in mice. Specifically, we’ll be studying sperm and oocyte epigenetics in offspring to determine the effect of dads’ preconception exposures on the reproductive capacity of offspring.”

There is evidence that other factors in the father’s environment can contribute to offspring health via sperm epigenetics, Dr. Pilsner points out. He says “compelling data” demonstrate that manipulating parental nutrition, for example, can influence the developing male germ cell through epigenetic changes, or marks, that in turn may impart information at fertilization to affect embryo development and offspring health. But relatively little is known about how adult exposures to toxic compounds affect sperm epigenetics and offspring reproductive health.

Dr. Pilsner says that phthalates, a class of endocrine-disrupting compounds used in plastics and personal care products, are “ubiquitous environmental contaminants resulting in widespread human exposure.” They have been reported to cause behavioral and reproductive health problems and, in particular, phthalate exposure in males is associated with poor sperm quality and longer time to pregnancy, which suggests a sperm-derived effect, he adds.

“One of the strengths of this tightly controlled experiment is that we are looking at not one but two phthalates, DEHP and DBP, and at the mixture of those two as well,” Dr. Pilsner says. “Given that we are exposed to multiple compounds daily, this study will begin to examine the mixture of chemicals that is relevant to human exposures.”

In their earlier work in men undergoing in vitro fertilization treatment, Dr. Pilsner and his graduate student Mr. Haotian Wu found that urinary phthalate metabolites were associated with 131 genomic regions of DNA methylation levels in sperm DNA. DNA methylation, one mechanism of epigenetics, is a chemical mark on DNA that does not change the gene sequence but is involved in controlling gene expression. Further, they found most of the phthalates that were associated with sperm DNA methylation were known or suspected to be anti-androgenic compounds, which means they can influence male hormones. Finally, many of the 131 regions were related to genes involved in growth and development and cellular function and maintenance and 13 percent of significant sperm DNA methylation regions were inversely associated with high quality embryos after In Vitro Fertilization (IVF).