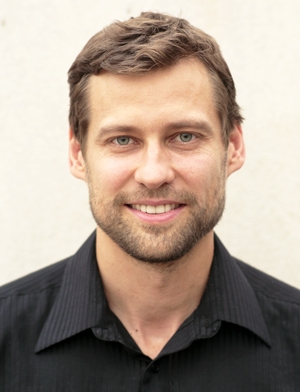 As Dr. Pilsner explains, phthalates are endocrine disrupting compounds found in plastics and personal care products such as shaving cream, and they are estimated to be detectable in nearly 100 percent of the U.S. population. In epidemiologic studies, exposure is associated with changes in such male reproductive measures as semen quality, androgen levels and more recently, with longer time to pregnancy, which suggests a semen-derived effect, he adds.

Last September Dr. Pilsner and colleagues published early results from a large, ongoing study which they believe is among the first to investigate the influence of phthalate exposure in humans on sperm epigenetics, embryo development and whether DNA methylation in sperm cells may be a path by which a father’s environmental exposure influences these endpoints.

DNA methylation, one mechanism of epigenetics, is a chemical tag on DNA that does not change the gene sequence but is involved in controlling gene expression. The early findings suggest that phthalate levels in expectant fathers affect couples’ reproductive success via epigenetic modifications of sperm DNA, highlighting the need for further study, he notes.

Traditionally, Dr. Pilsner says, there has been “heavy concern” about expectant mothers’ exposure to environmental hazards such as smoking and alcohol, for example, while the fathers’ role in protecting the fetus has been neglected and sperm have been considered as simply vehicles for delivering the father’s genome to the fertilization process.

But “compelling animal data” show that environmental conditions in adulthood are embodied within sperm without altering the underlying DNA sequence, and in turn, these alterations affect offspring health and development, he points out. “A biological pathway for this paternal contribution to reproductive success has been shown to include aberrations in sperm DNA methylation.”

To date, research in this area has been mostly restricted to the effects of various diets in animal models and little is known about how adult exposures to toxicants might affect epigenetic information in sperm, especially in humans, Dr. Pilsner says. “We propose that a key to understanding how adult exposures to phthalates impact reproductive health lies within sperm DNA methylation.”

This award expands the research capacity of Dr. Pilsner’s Sperm Environmental Epigenetics and Development Study, a collaboration with Baystate Medical Center’s in vitro fertilization (IVF) clinic. It also capitalizes on two independent epidemiologic studies investigating the link between paternal phthalate exposure and adverse reproductive health among in couples seeking IVF from samples collected from the Environmental and Reproductive Health (EARTH) Study at Harvard and those collected as part of the Longitudinal Investigation of Fertility and the Environment (LIFE) Study, a prospective cohort of couples representing the general population established by the Eunice Kennedy Shriver National Institute of Child Health and Human Development.