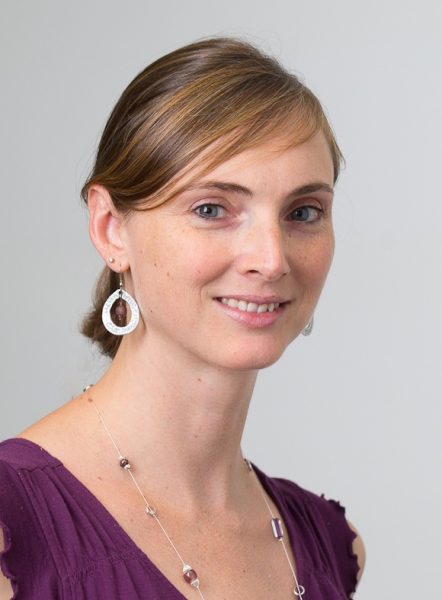 She and colleagues will assess effects on nutrient deposition in the embryos of three different organisms, a fish, a worm and fruit flies, with exposure before conception, as well as consequences for later-life metabolic dysfunction. Dr. Timme-Laragy says the multi-animal model comparative evolutionary approach is “very powerful” for answering the continuing question of whether chemical toxicity demonstrated in animals is relevant to human health.

“Our thought is that if we see the same thing happening in the fish, the fly and the worm, it gives us confidence that these processes are being affected in evolutionarily conserved systems. It will give us some confidence that yes, this is relevant for human health,” she adds.

The environmental scientist says the stain-repellent chemical PFOS used in making non-stick coatings, for example, is toxic and very stable in the environment. Its half-life in the human body is over five years and it may persist in the environment for decades. Exposure is associated with higher cancer rates, diabetes and other diseases, she notes.

In particular, scientists suspect that PFOS exposure may disrupt signaling pathways that control nutrient loading into the maturing oocyte as well as embryo growth, causing structural or functional changes to insulin-producing pancreatic β-cells. This research will study pancreas tissue in zebrafish embryos to get a mechanistic understanding of how such exposure to chemicals may damage it, and will identify targets for new drug therapies.

In recent years, PFOS has been replaced by PFBS, which is believed to persist for less time in the body and the environment. But as Dr. Timme-Laragy explains, “We know very little about the toxicity of this new replacement chemical on embryonic development, so we’re comparing the old versus the new. The thought was that the new chemical is not as toxic or long-lasting, but we don’t know that for sure. One of our goals is to find out.”

For her part, Dr. Timme-Laragy says, “I will study maternal exposure to the chemical compounds in zebrafish before conception and try to understand how that has later-life consequences for offspring. Zebrafish embryos are transparent, so we can actually see the embryo developing in real time under a microscope. We can watch how it is progressing, which is relevant to looking at the interaction between nutrients and the chemical. Nutrient restriction during development is related to diseases in later life, and one of our hypotheses is that the toxicant is directly affecting the embryos’ ability to use food.”

Using a special instrument in the Clark laboratory, the researchers will be able to trace both chemicals in zebrafish embryos and measure how much of it is being put into the eggs by the mother.