In a recent study, environmental scientists led by Dr. Laura Vandenberg at the University of Massachusetts-Amherst School of Public Health and Health Sciences report that they observed changes in mammary gland development of female mice exposed during early development to the chemicals used in unconventional oil and gas (UOG) extraction – including fracking – at levels environmentally relevant to humans. 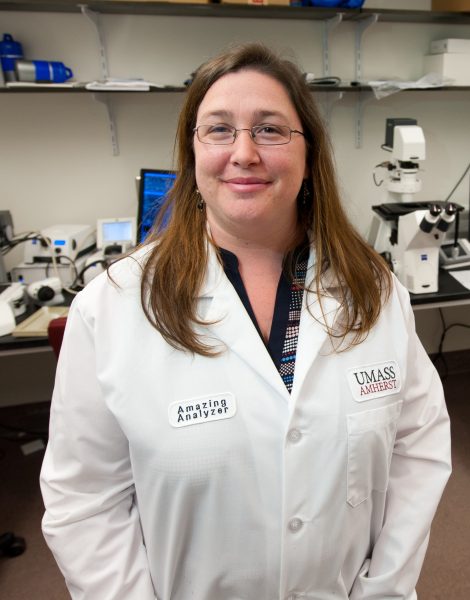 The authors believe theirs is the first study to show that mouse mammary gland tissues are sensitive to a mixture of 23 commonly used UOG chemicals, with dose-specific effects on tissue morphology, cell proliferation and induction of intraductal hyperplasias, an overgrowth of cells considered a marker for future breast cancer risk. Details appear in the current issue of Endocrinology.

With more than 17 million Americans now living within one mile of an oil and gas well, there is concern about the possible contamination of surface and groundwater by trace metals, radioactive isotopes and other inorganic compounds released in these areas, they point out. Dr. Vandenberg says, “This study shows that a mixture of UOG chemicals can affect the long-term health of the mouse mammary gland, even after low level exposures in the womb. These results are particularly interesting because they suggest harm from chemicals that have been poorly studied, but with likely widespread human exposures.”

She worked with reproductive biologist and endocrinologist Dr. Susan Nagel of the University of Missouri, Columbia, whose laboratory collected the mouse mammary tissue samples exposed to the UOG chemical mix. Most of these chemicals had previously been shown to have negative effects on one or more hormone receptors by Dr. Nagel’s lab. Tissues were later analyzed by Vandenberg with undergraduate student and first author of the paper, Ms. Sarah Sapouckey.

Overall, Dr. Vandenberg and colleagues report that prenatal exposure to the 23-chemical mixture did not alter morphology of the pups’ mammary glands at Day 21, before they entered puberty. However, the researchers report “a striking observation” in morphological assessment of the pups’ now-adult mammary glands at Day 85. They saw structures resembling terminal end buds, mammary structures that are normally only found at puberty, in UOG-exposed but not in control samples. These structures were further examined by tissue-level and immunohistochemical tools, revealing ducts with “excessive layers” of epithelial cells, potentially pre-cancerous lesions that were “highly proliferative.”

Drs. Vandenberg, Nagel and colleagues point out that their results “suggest that the mammary gland is sensitive to mixtures of chemicals used in UOG production at exposure levels that are environmentally relevant. The effect of these findings on the long-term health of the mammary gland, including its lactational capacity and its risk of cancer, should be evaluated in future studies.”

The authors call for further studies “to evaluate the many additional chemicals used in, and produced by, UOG processes to better quantify the concentrations of these and other contaminants in environmental samples and to assess the effects of exposure during other sensitive windows of development, including pregnancy and lactation, puberty, and the aging female.” They also recommend investigating whether exposure to a UOG mix during development can sensitize animals to hormones or carcinogens.