A new study from epidemiologists at the University of Massachusetts-Amherst School of Public Health and Health Sciences reports, based on a study of nearly 80,000 women, that underweight women and those who were underweight as teenagers or in their mid-30s are at greater risk of early menopause compared to lean or normal weight women. Early menopause is defined as naturally occurring menopause before age 45. 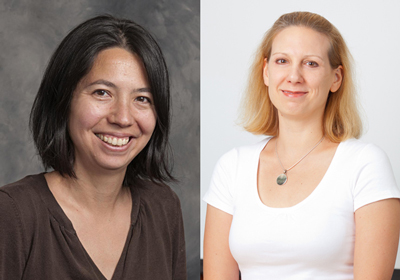 Lead author Dr. Kathleen Szegda, who did the work as a postdoctoral research associate with senior author and UMass Amherst professor of epidemiology Dr. Elizabeth Bertone-Johnson, says, “Our findings suggest that women who are underweight in early or mid-adulthood may be at increased risk for early menopause.”

She adds, “Up to 10 percent of women experience early menopause and it is associated with a higher risk of cardiovascular disease, and other health conditions such as cognitive decline, osteoporosis and premature death, so these findings have important implications for women and their doctors. Underweight women may want to consider discussing the potential implications of these findings with their doctors.” Details appear in Human Reproduction, the monthly journal of the European Society of Human Reproduction and Embryology.

Underweight is defined as having a body mass index (BMI) of less than 18.5 kg/m2. BMI is calculated by dividing weight in pounds by height in inches squared, and multiplying by a conversion factor of 703. So a 150-lb. person who is 5-feet, 5-inches tall has a BMI of 24.96. Using the formula to calculate for underweight, a person 5-feet, 5-inches tall would weigh 111 lbs.

The authors point out that their study, which takes advantage of data on BMI, weight distribution, weight change and timing of menopause collected from 78,759 premenopausal women between ages 25 – 42 who joined the Nurses’ Health Study II in 1989, is one of very few to follow women prospectively from as young as 25 to menopause, and is the largest ever to do so. The participants had also reported on information from their teenage years.

Women in the Nurses’ Health Study II had provided information on their medical history and health-related behaviors such as smoking and exercise at the time of joining the study, which they updated every two years after that. The researchers followed them until 2011, when 2,804 women had reported early natural menopause.

Underweight women who reported “severe weight cycling,” losing 20 pounds or more three times or more between the ages of 18 and 30, had a 2.4-fold increased risk of early menopause, the authors report. However, this risk estimate is based on only seven women so while it is statistically significant, the finding must be treated with caution, they add.

Dr. Szegda says, “Causes of early menopause are not clearly understood. Our findings suggest that being underweight may have an impact on the timing of menopause. More research is needed to understand how it increases the risk of early menopause.” This study was supported by the National Institutes of Health (NIH).