Results of a baseline study on gambling behavior in Massachusetts that establishes how people participated – or not – in gambling prior to the opening of any casinos were recently reported to the Massachusetts Gaming Commission (MGC) by Dr. Rachel Volberg, research associate professor of epidemiology, and colleagues at the University of Massachussets-Amherst School of Public Health and Health Sciences. It is the first major cohort study of adult gambling to be carried out in the United States. 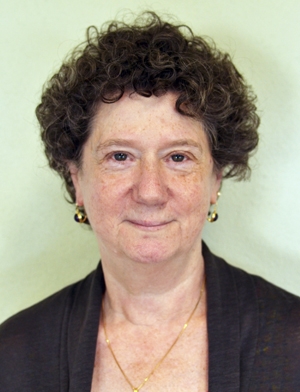 Dr. Volberg and colleagues were selected by the MGC in 2013 to conduct a first-of-its-kind, comprehensive, multi-year study on economic and social impacts of introducing casino gambling in the state. The Social and Economic Impacts of Gambling in Massachusetts (SEIGMA) team is examining an array of social and economic effects. As part of MGC’s robust research agenda, results are from the separate Massachusetts Gambling Impact Cohort (MAGIC) study of factors critical to developing strategic and data-driven problem gambling services.

Their report is based on analyses of 3,096 Massachusetts residents who completed the SEIGMA baseline study of self-reported past-year gambling behaviors in Wave 1 in 2013/2014 and Wave 2 in 2015. The researchers observed a statistically significant increase in overall gambling participation as well as in participation in casino gambling and horse race betting within the cohort between Wave 1 and Wave 2. They also report a statistically significant increase in the cohort in the average number of gambling formats engaged in over the previous 12 months. However, in all cases this increase was “quite small,” they note, between 2 and 3.2 percent.

One interesting finding is “the apparent ease with which people move in and out of problem gambling status within a given year,” the lead author points out. “This movement is different than the way problem gambling has been characterized in the past. Until recently, the general orientation has been that disordered gambling is an unremitting chronic condition.”

At-risk gamblers were the most unstable members of the cohort, with only 37.5 percent being in the same category in both waves. Most of them transitioned to recreational gambling, but a significant minority transitioned to become problem or pathological gamblers, the researchers report. Dr. Volberg adds, “We’ve seen this movement in studies done in other jurisdictions, but this will be news to some researchers who are used to thinking of problem gambling as a progressive and chronic disorder.”

Mr. Mark Vander Linden, MGC director of research and responsible gaming, says, “There is great value for the MGC and our public health partners in knowing the movement of people into and out of problem gambling because this data has public health implications for identifying and supporting the spectrum of services that will be most useful in preventing and treating problem gambling.”

In addition to Dr. Volberg and colleagues at UMass Amherst, co-investigator Dr. Robert J. Williams of the University of Lethbridge, Alberta, Canada, provided oversight of study design and implementation as well as help with data analysis and reporting. Future analyses will focus on predictors of problem gambling onset and whether there are gender differences in these predictors as well as predictors of problem gambling remission and the extent to which accessing treatment is one of these factors.