Ms. Sara (Sally) Pritchard Herndon, 1980 alumna of the University of North Carolina Gillings School of Global Public Health, has been named recipient of the 2019 Ronald H. Levine Legacy Award, presented by the North Carolina Department of Health and Human Services (NCDHHS). The annual award recognizes a distinguished record in public health, with significant and sustained impact.

Currently the head of the Tobacco Prevention and Control Branch in the NCDHHS’ Division of Public Health, Ms. Herndon has been a leader in tobacco prevention and control efforts since 1991.

“I’ve been privileged to work with Sally for more than 25 years,” said Dr. Leah Devlin, Professor of the Practice of health policy and management at the Gillings School. “I have never met a person more passionate about public health than she.”

Dr. Devlin said Ms. Herndon was a critical leader in passing laws against smoking in restaurants and bars in North Carolina.

“This was one of the greatest public health achievements in the state’s history,” Dr. Devlin said, “and helped reduce average weekly emergency room visits for heart attacks by 21 percent in the first year after passage, saving an untold number of lives.”

For more than three decades, Ms. Herndon has educated a number of governors and legislators about the importance of tobacco control. She collaborates with grassroots public health advocacy organizations and with academics around the state, including at UNC-Chapel Hill, Duke, Wake Forest, East Carolina University and many historically black colleges and universities (HBCUs), always seeking new avenues and partners for tobacco control advocacy.

“In Sally Herndon,” Dr. Devlin said, “the UNC Gillings School of Global Public Health has produced precisely the kind of science-based and passion-driven public health leader that North Carolina and the nation need and deserve. We are so fortunate to have her on our team.”

In addition to other honors, Ms. Herndon also received the Gillings School’s 2017 Harriet Hylton Barr Award, which recognizes the achievements and contributions of alumni who work in public health and related fields. 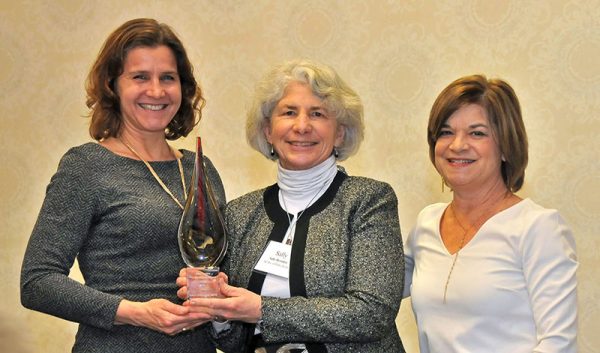