Dr. Peggye Dilworth-Anderson, professor of health policy and management at the University of North Carolina Gillings School of Global Public Health, has been awarded the 2018 Pearmain Prize for Excellence in Research on Aging by the University of Southern California (USC) Roybal Institute on Aging. 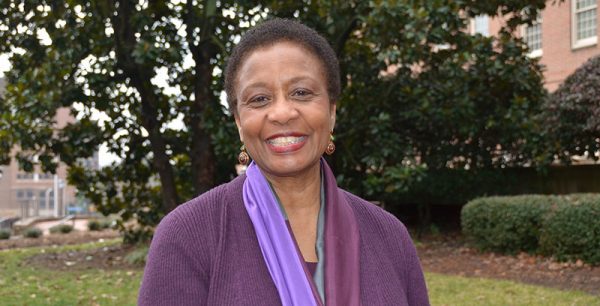 The award, established in 2010, honors a scholar who best exemplifies outstanding contributions to the field of translational aging research and its import to issues directly relating to older people.

Dr. Dilworth-Anderson will accept the award at USC on Feb. 22, 2018, when she delivers the Edward R. Roybal Memorial Lecture. She also will hold round-table talks with USC social work graduate students about careers in aging research.

After earning a doctorate in sociology from Northwestern University, Dilworth-Anderson served on the faculty of UNC-Greensboro as Elizabeth Rosenthal Excellence Professor of human development and family studies. In 2002, she joined the UNC-Chapel Hill faculty, and from 2010 to 2013, served as interim director of the UNC Institute on Aging.

Her long career in aging research has included service as director of the National Board of the Alzheimer’s Association (2001 – 2009), presidential appointee to the White Conference on Aging (2005), president of the Gerontological Society of American (2009 – 2010), member of the Forum on Aging, Disability and Independence, of the National Academies’ Institute of Medicine (now the Academies’ health and medicine division), and current member (since 2015) of the Global Council on Brain Health, led by AARP and AgeUK. In 2010, she was presented with the National Alzheimer’s Association’s Ronald & Nancy Reagan Alzheimer’s Research Award.

“I am honored that my colleagues selected me for this award, which recognizes my body of work, especially on aging, diversity and dementia care,” Dr. Dilworth-Anderson said.

The award was established through the generosity of the late Ms. Diantha Pearmain, a retired social worker committed to furthering the work of the USC Suzanne Dworak-Peck School of Social Work. The school established the Pearmain Prize in support of the USC Roybal Institute’s mission of translational research to benefit aging minority populations and to honor the memory of Ms. Diantha Pearmain.