UNC Professor Says Opposition to Obamacare Has Resulted in Promises to Repeal, But No Proposals to Improve Policy

Dr. Jonathan Oberlander, professor of health policy and management at the UNC Gillings School of Global Public Health and professor and chair of the Department of Social Medicine in the UNC School of Medicine, has studied and written about the Patient Protection and Affordable Care Act (ACA), commonly called “Obamacare,” for nearly a decade.

His new “Perspective” article, published July 25 in The New England Journal of Medicine, is titled “The Republican War on Obamacare – What Has It Achieved?”

Dr. Oberlander notes that, despite the Affordable Care Act’s (ACA’s) being an important mobilization tool for conservatives, the Congressional majority has not managed to dismantle it – yet.

Soon after the program was implemented, the number of uninsured in America was reduced by 20 million. The ACA has not seen a major drop in enrollment despite opposition, “largely because many persons continue to receive sizable government subsidies to purchase coverage.”

Yet, Dr. Oberlander reports, the progress made in reducing the number of Americans without health insurance has stalled, and there are signs that some of the ACA’s gains in coverage could be reversed.

Seventeen states, all of which have Republican governors and/or majority state legislatures, have rejected Medicare expansion, leaving several million low-income Americans without access to insurance.

Most Republican-led states also chose not to establish health insurance exchanges, declining federal funds and opportunities to promote enrollment. States that operate their own exchanges, rather than relying on the federal government to provide access, “are more successful in holding down premiums, attracting a stable insurance pool and retaining enrollees,” Dr. Oberlander says.

Another obstruction to the ACA’s success is targeted reduction of funding. This includes the repeal of essential elements of the ACA, such as the individual mandate for obtaining health insurance; defunding the promotional and educational processes that help people enroll; and elimination of federal reimbursements to insurers for the cost-sharing reductions they must provide for lower-income enrollees.

“Although the country’s uninsured rate did not change significantly between 2016 (9 percent) and 2017 (9.1 percent), for the first time since the ACA’s passage, the Centers for Disease Control and Prevention reported an increase in the number of uninsured Americans — from 28.6 million to 29.3 million people — in 2017,” Dr. Oberlander writes. “That bump could presage a troubling trend. The Congressional Budget Office projects that the size of the uninsured population will increase to 35 million by 2021, largely because of the elimination of the individual mandate penalty and associated premium increases.”

It appears that the ACA cannot be repealed outright because people formerly without health coverage are now adamant that they retain their right to access. However, the majority party and the White House continue to chisel away at the law’s gains and promises, leaving the ACA in a kind of “purgatory.”

In an interview, Dr. Oberlander said that the ACA is the most important health care reform in the U.S. since Medicare and Medicaid were enacted in 1965.

“It is striking, however, that more than eight years after its enactment, we are still debating it, and its fate remains uncertain,” he said. “That’s not a normal trajectory for a new government program that delivers benefits to a large population.”

The ongoing controversy partly reflects the Act’s shortcomings and limits as health reform, but more reflects the partisan and ideological polarization that has enveloped health policy.

“The more the ACA is undermined, the further left U.S. health politics seem to shift,” Dr. Oberlander writes. “Threats to repeal Obamacare have increased Democrats’ support for single-payer health care and Medicare expansion. Thus, Republicans’ campaign against Obamacare could produce a transformation in U.S. health policy — just not the one that they envisioned.” 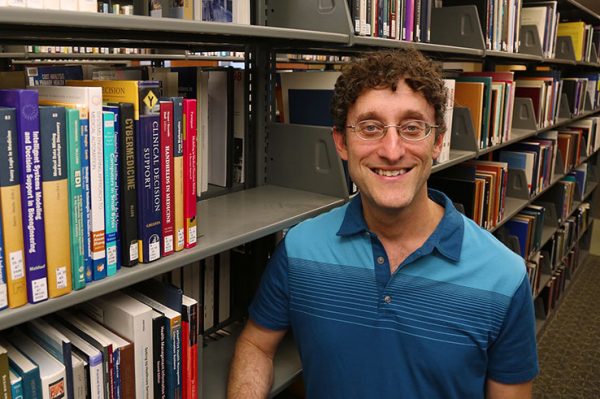