﻿Insurance-based “lock-in” programs are a popular strategy to try to curb opioid misuse. Such programs require patients, for a specified time period, to use a single prescriber or pharmacy to obtain certain controlled substance prescriptions, including opioids and benzodiazepines, in an effort to limit excessive access to the drugs.

A study led by faculty members in the UNC Gillings School of Global Public Health and researchers at the UNC Injury Prevention Research Center (IPRC), has reviewed North Carolina’s Medicaid “lock-in” program and the program’s impact upon the number of prescriptions obtained.

Their findings, “Evaluating short- and long-term impacts of a Medicaid ‘lock-in’ program on opioid and benzodiazepine prescriptions dispensed to beneficiaries,” was published in the January issue of Drug and Alcohol Dependence.

Researchers followed a cohort of adults enrolled in the “lock-in” program in the first two years of its operation (October 2010 to September 2012). They analyzed patients’ Medicaid claims, linked to their Prescription Drug Monitoring Program (PDMP) records, to gain a more complete understanding of all opioids and benzodiazepines dispensed to “lock-in” program patients.
This unique linkage allowed Dr. Naumann and her colleagues not only to examine the number of opioids and benzodiazepines acquired by patients through Medicaid, but also those acquired using other sources of payment, such as cash.

The findings suggest that the program did reduce the average number of controlled substances dispensed during and after the patient’s “lock-in.” At the same time, the researchers found that the dosage of opioids (in terms of morphine milligram equivalents) increased during and after their “lock-in” period. Some participants in the program increased their purchase of controlled substances outside of Medicaid, paying cash for these prescriptions during their “lock-in” period and after release.

“While it’s important to see that the program reduced the average number of controlled substances dispensed during lock-in and following program release, it’s also important to note that patients acquired more controlled substances using cash payment,” said Dr. Naumann. “The increase in cash payment could be related to a number of factors, but overall, [this increase] signals an important need for improved care coordination in this population.”

The conclusions highlight the need for providers to check the state’s PDMP database regularly so as to obtain a complete picture of all controlled substances dispensed to patients. Dr. Naumann also noted that designing or modifying these programs to increase patient’s accessibility to substance use disorder treatment and treatment for other comorbid conditions, such as mental health disorders, may improve patient outcomes.

“Our understanding of the impacts of these programs generally has been limited to understanding changes in health care utilization and costs from an insurer perspective,” said Dr. Naumann. “This research sought to provide a more complete understanding of program effects on the magnitude of prescriptions dispensed from a patient perspective. In working to address the opioid crisis, it is critical that we gain a full understanding of the effects of opioid-related policies and programs so that we can design and implement interventions that have the greatest public health impact.” 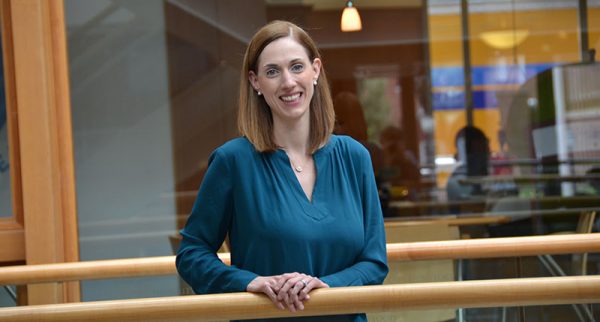