A new study led by a doctoral candidate in the University of North Carolina Gillings School of Global Public Health explores how early onset of puberty affects girls’ later experience with romantic relationships.

The article, “Implications of Pubertal Timing for Romantic Relationship Quality Among Heterosexual and Sexual Minority Young Adults,” was published online Sept. 23 in the Journal of Adolescent Health. 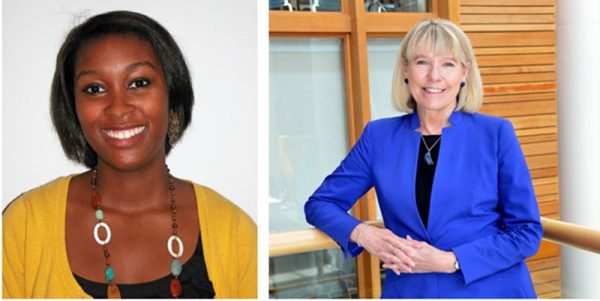 “Puberty is a key life transition that can have implications for well-being into adulthood,” said Ms. Reese. “Early pubertal maturation, especially for girls, can elevate risk because youth may enter romantic relationships before they have the psychological maturity and interpersonal skills needed to successfully navigate relationships. The potential risks may be further elevated for girls who identify as a sexual minority, because they may lack appropriate role models and strong interpersonal support networks. As far as we know, no one has explored this important question before.”

To fill the research gap, Ms. Reese and her co-authors used linear regression to examine associations between two measures of girls’ pubertal timing (age at the menarche, or the first menstrual cycle, and self-perceived timing) and romantic relationship quality in young adulthood. Working with 5,568 females from waves I and IV of the National Longitudinal Study of Adolescent to Adult Health, they stratified data by sexual orientation, and also examined whether the identified associations were mediated by parent-adolescent relationship quality.

Their key finding was that early maturing girls (who either were younger than 12 years old at first menarche or “looked older” than same-aged girls in adolescence) reported lower quality of romantic relationships in young adulthood compared to their peers who matured at an average age (who either were 12-14 years old at first menarche or felt they “looked about average” compared to other same-aged girls). This was true both for girls who identified as heterosexual and those who identified as a sexual minority.

The underlying reason for this lower quality of romantic relationships appears to differ, however, for heterosexual and sexual-minority girls. The quality of parent-child bonds during adolescence was especially critical to later relationship satisfaction for girls identifying as sexual minorities, but was less crucial for heterosexual girls.

“These findings have important implications for public health practice,” Ms. Reese concluded. “Interventions to improve parent-adolescent relationships may help to facilitate healthy romantic relationships for early-maturing sexual minority youth. Also, this study provides further evidence that sexual health education curricula should address the diverse needs of all youth, rather than assuming everyone is heterosexual and facing the same challenges.”