Results are in from the longest and largest obesity prevention intervention ever tested in young children. The findings showed that children and their families in low-income communities were able to make some sustainable behavioral changes to their diet and activity level. In the end, however, rates of early childhood obesity were unchanged.

The results of the Grow Right Onto Wellness (GROW) trial, released August 8 in JAMA, showed a short-term trend in obesity reduction that diminished over the three-year study period. The full title of the study is, “Effect of a Behavioral Intervention for Underserved Preschool-Age Children on Change in Body Mass Index: A Randomized Clinical Trial.”

Co-authors from the University of North Carolina Gillings School of Global Public Health include Dr. June Stevens, AICR/WCRF Distinguished Professor of nutrition and epidemiology, and Dr. Kimberly Parker Truesdale, associate professor of nutrition. Drs. Stevens and Truesdale co-lead the UNC Coordinating Center for the Childhood Obesity Prevention and Treatment Research Consortium, which is located in the Gillings School’s department of nutrition. The Coordinating Center was responsible for managing research activities for the Consortium, guiding work to develop and implement study measurements, and conducting statistical analyses.

Additionally, the Diet and Physical Activity Core in the Gillings School’s Nutrition and Obesity Research Center, also led by Dr. Truesdale, conducted the 24-hour dietary recalls for all GROW participants at four time points throughout the study.

“Childhood obesity is a major public health problem,” explained Dr. Stevens. “Children with obesity are at high risk of becoming adults with obesity and living shorter and less healthy lives.”

“Prevention of obesity is especially important in members of minority and low-income populations,” added Dr. Truesdale, “because they are at increased risk of the devastating health problems brought on by obesity. In the GROW trial, the majority of the families participating were Hispanic and from low-income households.”

A total of 610 parent-preschool child pairs from Nashville, Tenn., received carefully planned and family friendly behavioral interventions during the three-year study period. At the baseline, 42 percent of the families reported food insecurity with hunger and 80 percent of participating parents were either overweight or obese. The children studied were at-risk for obesity, but not yet obese, at the study baseline.

Informed by effective adult obesity treatment behavioral trials and innovative concepts proposed by the National Institutes of Health, the intervention consisted of a tiered-intensity program involving (1) a 12-week intensive phase with weekly 90-minute skills-building sessions via either in-person groups or telephone calls; (2) a nine-month maintenance phase with monthly coaching telephone calls; and (3) a 24-month sustainability phase providing frequent cues to action – such as texts and personalized letters – reminding study participants to use parks and recreation programming for healthy family behaviors.

The control group for the study participated in a school-readiness program developed and delivered by the Nashville Public Library. The curriculum consisted of six short group-based activities timed concurrently with data collection sessions. Participants in the intervention and control groups all received the school-readiness program, but only the intervention group received the tiered-intensity obesity prevention program.

“Family involvement in the program was remarkable, with less than 10 percent of families dropping out after three years,” Dr. Truesdale said. “Such a high level of loyalty to this type of community-based public health program is unusual. Ultimately, though, the behavioral intervention did not change the Body Mass Index (BMI) trajectory of the children, which was our primary intended outcome.”

The intervention study’s principal investigator, Dr. Shari Barkin, director of pediatric obesity research at Monroe Carell Jr. Children’s Hospital at Vanderbilt University, said the amount of behavioral change likely needs to increase to be successful, but it remains unclear what would be enough to prevent childhood obesity in underserved, low-income populations.

“The lack of impact on obesity rates seen in this remarkable study indicates that strong and sweeping environmental and systems changes may need to be combined with behavioral interventions to make them more effective,” Dr. Stevens observed. “We need to learn from our failures as well as from our successes, because we know that the goal of reducing childhood obesity is obtainable and must continue to be a top priority for all who have concern for the health of children.” 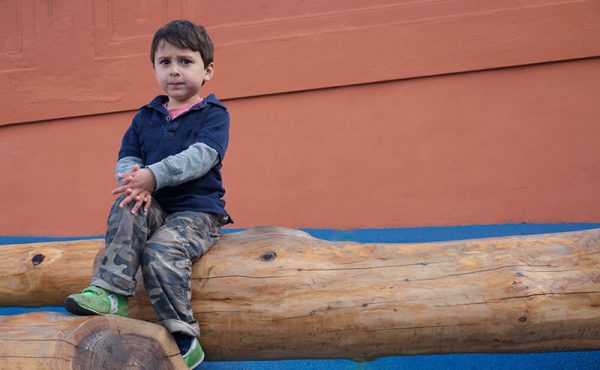 [Photo: In a recent study, children in low-income communities were able to make some sustainable behavioral changes to their diet and activity levels. In the end, however, rates of early childhood obesity were unchanged. Photo by Davity Dave.]