Because adolescents with Type 1 diabetes typically have poor glycemic control, a UNC Gillings School of Global Public Health-led research team tested the efficacy on this patient population of a newly developed adaptive behavioral intervention on metabolic and psychosocial outcomes.

The findings were published online July 30 in The Lancet Child & Adolescent Health.

Flexible Lifestyles Empowering Change (FLEX), the intervention used by the research team, integrates motivational interviewing and problem-solving skills training tailored to patients and their families. FLEX is designed to promote self-management of Type 1 diabetes and improve measures of blood glucose control in young people with the disease.

The study, the first randomized control trial to test the efficacy of such an intervention, found that FLEX did not offer the glycemic control that had been hypothesized. However, the researchers did discover significant benefits on secondary outcomes, including motivation and problem solving, which were central to the intervention approach, as well as other markers of psychosocial functioning.

“Our team, of course, was disappointed in the results for glucose control,” said Dr. Elizabeth Mayer-Davis, Cary C. Boshamer Distinguished Professor of nutrition and medicine, chair of the Gillings School’s nutrition department and first author of the study. “But the study retention was 93 percent, the intervention was executed with high fidelity, and teens, along with their parents, were very positive about their experience.”

Ms. Joan M. Thomas, research associate in the department of nutrition, is a co-author of the journal article.

The researchers utilized two clinical sites, one in Colorado and the other in Ohio, and invited 855 adolescents, ages 13 to 16, who were diagnosed with Type 1 diabetes more than one year before the study commenced, to be assessed for eligibility between May 1, 2014, and April 4, 2016. Of this group, 258 enrolled and completed a baseline visit, along with a participating caregiver. The intervention group enrolled 130 young people; 128 were assigned to the control group.

While the control group members used their usual care protocol during the study, the FLEX intervention group worked with a coach – a health professional with experience in management of Type 1 diabetes – on a patient-centered motivational interviewing approach to health behavior change. The coach’s role was to help patients resolve their ambivalence about change and enhance their intrinsic motivation by creating a motivational framework for change. The coaches offered the teens problem-solving skills training as a way for them to make the desired changes.

Parents were included during some portions of the FLEX-Basic session and were instructed by the coaches that their role was to support the participant’s attempts at self-management.

The intervention lasted 18 months. During the first 12 weeks of the intervention, participants received the core of the FLEX intervention (FLEX-Basic). This entailed four 40- to 60-minute sessions that systematically established the motivational interviewing and problem-solving skills training processes, introduced concepts of family communication and teamwork, and acquainted participants with available toolbox resources. Following this initial period, the coach met with each participant three to four times in each of the subsequent six-month periods.

Despite having no effect on glucose control, the FLEX trial improved motivation, problem-solving skills, barriers to adherence and self-management. Researchers says that further analyses will reveal information about the drivers of positive response to the intervention and will point to directions for improvement in interventions designed to optimize health and well-being for adolescents living with Type 1 diabetes.

“Compared to when the study began, there is new glucose monitoring technology available and increasingly used by teens,” said Dr. Mayer-Davis. “We are now developing a new intervention that builds on the strengths of our original approach, builds on some new concepts and integrates with this new monitoring technology. We remain as committed as ever to improve health and well-being for adolescents with Type 1 diabetes.” 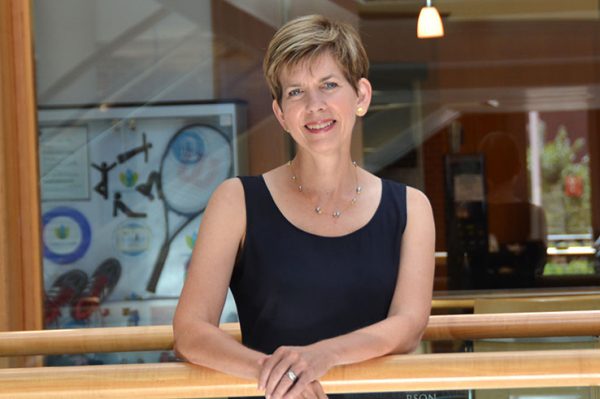