An estimated one in seven births worldwide is affected by gestational diabetes mellitus (GDM), a complication of pregnancy characterized by relative insulin deficiency and impaired insulin action, leading to maternal hyperglycemia. While many affected women are able to control their glycemic levels with lifestyle changes, some need medication to manage the condition.

To address patient and provider concerns about the long-term impact of one of these medications, a team led by Dr. Suzanne N. Landi, recent epidemiology alumna of the University of North Carolina Gillings School of Global Public Health, conducted a study, “Association of long-term child growth and developmental outcomes with metformin versus insulin treatment for gestational diabetes,” published online Dec. 3, 2018, in JAMA Pediatrics.

The team’s study is the largest to examine long-term outcomes in a real-world setting in children born to women treated for GDM with metformin or insulin. Metformin is an emerging option for treating GDM, while insulin previously has been the standard first-line medication to treat this condition. Unlike insulin, metformin crosses the placenta, so patients and providers are concerned with the medication’s long-term impact on child health.

Most previous studies examined long-term outcomes following metformin versus insulin treatment during pregnancy in children up to age two, with one recent study comparing outcomes in children ages seven and nine. While no clinical differences in growth or neurological development among the children of women treated with metformin versus insulin for GDM have been observed in prior studies, those studies were limited by small sample sizes and the inability to conduct long-term follow-up with the original, randomized study population.

The Gillings School-led team conducted a retrospective cohort study in a New Zealand population of pregnant women treated for GDM who delivered their children between 2005 and 2012. Each mother’s information was linked with her child’s growth and developmental data at age four, data that came from a preschool readiness screening program provided as routine well-child care throughout New Zealand. 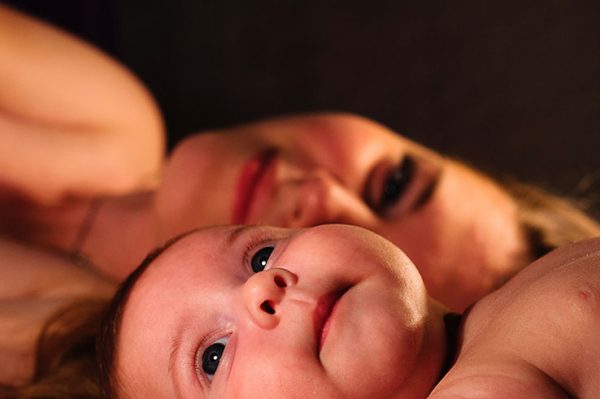 [Photo: An estimated one in seven births worldwide is affected by gestational diabetes mellitus (GDM), a complication of pregnancy characterized by relative insulin deficiency and impaired insulin action, leading to maternal hyperglycemia. Photo by Oleg Sergeichik.]