Naloxone is a life-saving prescription medication used to reverse the effects of an opioid overdose. As opioid overdose rates continue to rise across the U.S., states are struggling to adopt policies that might help stem the overdose epidemic. However, there is limited evidence to say which policies are effective.

A new study led by researchers at the University of North Carolina Gillings School of Global Public Health contributes to the evidence base, finding that laws to improve naloxone access are effective in increasing access to naloxone among Medicaid beneficiaries, a group that experiences a risk of overdose death several times higher than the general population.

Mr. Alex Gertner, doctoral student in health policy and management at the Gillings School and Doctor of Medicine candidate at the UNC School of Medicine, is lead author of the study, published online June 22 in the journal Drug and Alcohol Dependence.

Mr. Gertner and colleagues reviewed naloxone legislation passed by state legislatures between 2007 and 2016. They found that, after implementing a law to ease access to naloxone, states saw more prescriptions of the drug paid for by the state’s Medicaid program. Laws with standing-order provisions, which allow a person to purchase naloxone without an individual prescription, were most consistently associated with increases in naloxone dispensed.

The researchers concluded that states should adopt policies that decrease the barriers to access to naloxone. More than 42,000 people in the U.S. died from opioid overdose in 2016, double the death rate in 2010. Naloxone quickly and successfully reverses opioid-induced respiratory depression, preventing death and potential disability. Making naloxone more accessible is a crucial part of addressing the drug overdose epidemic.

“There remains significant stigma and misinformation about evidence-based tools to reduce harm among people who use drugs,” Mr. Gertner said. “Despite our finding that naloxone access laws led to more naloxone dispensed, we also found that overall levels of naloxone being dispensed are relatively low in relation to the number of overdoses taking place. More work should be done to understand how to increase access to evidence-based measures to improve the health and wellbeing of people who use drugs.” 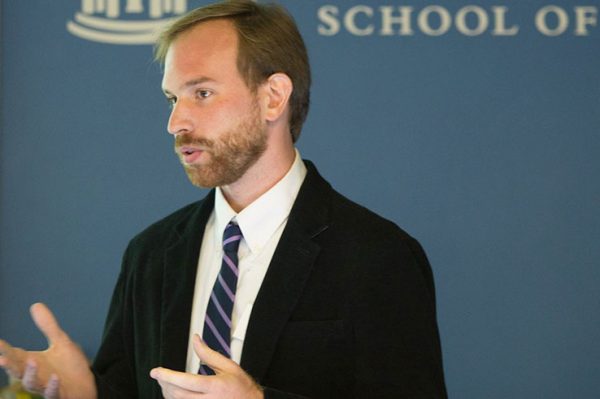