A team led by researchers at the UNC-Chapel Hill Gillings School of Global Public Health is exploring whether online interventions for young, black, gay, bisexual and other men who have sex with men (GBMSM) that focus on the individuals’ existing resilience could be effective both in promoting HIV prevention in this population and contending with stigma related to the virus.

Dr. Kathryn Muessig, assistant professor of health behavior at the Gillings School, is senior author of the paper, “‘Stay strong! keep ya head up! move on! it gets better!!!!’: Resilience processes in the healthMpowerment online intervention of young black gay, bisexual and other men who have sex with men,” published online Jan. 11 in AIDS Care.

Other Gillings School authors include Ms. Megan Barry, first author on the paper and doctoral candidate in maternal and child health; Dr. Lisa Hightow-Weidman, associate professor of health behavior at the Gillings School and of infectious diseases at the UNC School of Medicine; as well as doctoral candidates Ms. Natalie Blackburn and Ms. Willa Dong, and master’s degree alumnus Mr. Deren Pulley, all from the department of health behavior.

According to the Centers for Disease Control and Prevention (CDC), black, gay, bisexual and other men who have sex with men (GBMSM) are diagnosed with HIV at a disproportionately higher rate than are white GBMSM in the same age group. Effective tools for HIV prevention and treatment exist, yet stigma and discrimination hinder optimal use of these tools and perpetuate environments and behaviors that fuel HIV transmission. HIV-related stigma, racism and homophobia also may limit options for black GBMSM to build relationships and supportive networks.

The team analyzed data from HealthMpowerment (HMP), an anonymous online intervention designed by Hightow-Weidman that includes forums in which randomized controlled trial participants could generate new content or react to pre-populated or staff-generated conversations around topics identified as relevant by young black GBMSM.

Instead of using the traditional risk-based approach, the team analyzed participants’ conversations focusing on resilience – a process through which individuals counter adversity and reduce or avoid negative outcomes. Drawing from a previous study, results were organized by four resilience processes – exchanging social support, engaging in health-promoting cognitive processes, enacting healthy behavioral practices and empowering others.

The accessibility and anonymity of online spaces may provide a particularly powerful tool for amplifying resilience, Ms. Barry noted. “Our study displays new ways to use technology-based interventions to explore the nature of resilience as a dynamic, interactive and social process,” she said.

“This work is particularly timely in the context of broader social movements toward greater health equity across race, ethnicity, gender and sexual orientation,” she said.

Based on their findings, the team proposes that interventions focusing on resilience and empowerment, rather than solely upon risk-based frameworks that can reinforce negative stereotypes of an already-marginalized group, may better position black GBMSM to counter stereotypes and social institutions that perpetuate HIV-related stigma, racism and blame.

“The findings presented in this study are part of a larger body of work that laid the groundwork for a new national online randomized controlled trial,” said Dr. Muessig. “That trial will test the hypothesis that HIV testing and HIV medication adherence can be increased among young black and Latinx men who have sex with men and transgender women via stigma reduction, social support and remote support, such as at-home testing and online care navigation.” 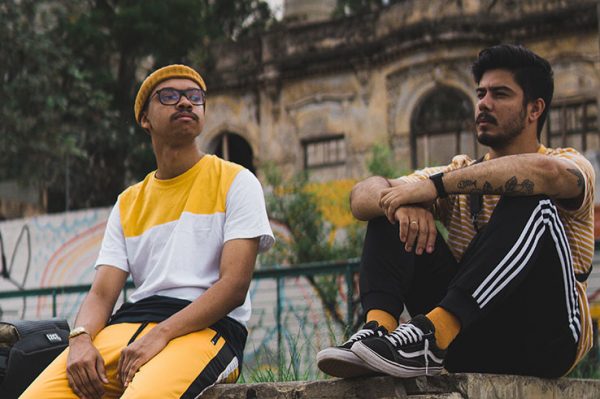 [Photo: A team of UNC researchers proposes that interventions focusing on resilience and empowerment, rather than solely upon risk-based frameworks that can reinforce negative stereotypes of an already-marginalized group, may better position black GBMSM to counter stereotypes and social institutions that perpetuate HIV-related stigma, racism and blame. Photo by Gabriel Antonio.]