UNC Study: US Air Pollution Deaths Nearly Halved Between 1990 and 2010

Air pollution in the U.S. has decreased since about 1990, and a new study conducted at the University of North Carolina at Chapel Hill now shows that this air quality improvement has brought substantial public health benefits. The study, published Oct 19 in the journal Atmospheric Chemistry and Physics, found that deaths related to air pollution were nearly halved between 1990 and 2010.

These improvements in air quality and public health in the U.S. coincided with increased federal air quality regulations, and have taken place despite increases in population, energy and electricity use, and vehicle miles traveled between 1990 and 2010.

“We’ve invested a lot of resources as a society to clean up our air,” said Dr. Jason West, professor of environmental sciences and engineering at the University of North Carolina Gillings School of Global Public Health and study co-author. “This study demonstrates that those changes have had a real impact with fewer people dying each year due to exposure to outdoor air pollution.”

The study was led by Dr. Yuqiang Zhang, former postdoctoral researcher at the UNC Gillings School and at the Environmental Protection Agency and current research scientist at the Duke University Nicholas School of the Environment, and in collaboration with Dr. West and several scientists at the EPA.

This study supports results from a small number of other recent studies that also showed similar and marked reductions in air pollution-related deaths, but this study is unique in its use of a 21-year computer simulation and ability to estimate air pollution deaths each year.

Dr. Zhang, Dr. West and colleagues analyzed concentrations of two pollutants, known as PM2.5 and ozone, from a 21-year computer simulation of air pollution across the U.S. PM2.5 are very small particles suspended in the air that come from power plants, motor vehicles, industries, and some commercial and residential sources. The diameter of such small particles is less than 2.5 micrometers, which is about 3 percent of the diameter of a human hair.

They then related the declining concentrations of PM2.5 and ozone to the geographical areas in which people live and the causes of death in those areas, using data from the Centers for Disease Control and Prevention, to estimate deaths from air pollution during the period. They estimated deaths from ischemic heart disease, chronic obstructive pulmonary disease, lung cancer and stroke related to PM2.5, and from respiratory disease for ozone.

Because other factors also influence the overall rates of these causes of death, the drop in deaths was not solely the result of improved air quality. Still, the authors found that improved air quality likely reduced deaths by about 40,000 in 2010, compared to the number that would have resulted if air pollution had stayed the same from 1990 to 2010.

“These health improvements likely have continued beyond 2010 as we observe that air pollutant concentrations have continued to decrease,” said Dr. Zhang.

The team plans to use other datasets to analyze air pollution deaths since 2010.

Still, despite clear improvements, air pollution remains an important public health issue in the U.S. The estimated 71,000 deaths in 2010 translates to 1 of every 35 deaths in the U.S. – that’s as many deaths as we see from all traffic accidents and all gun shootings combined.

The study was funded by NASA through its Health and Air Quality Applied Sciences Team, of which Dr. West is a member, and by the EPA. 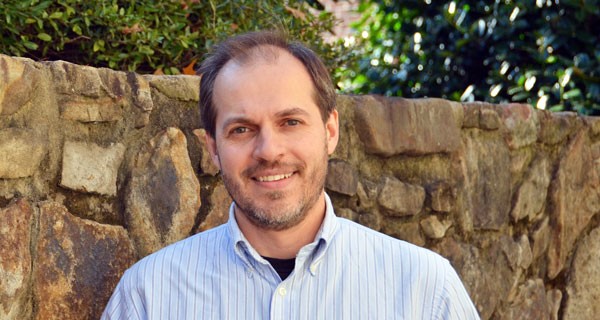