An independent analysis conducted by researchers at the Rutgers Center for Tobacco Studies and Rutgers Robert Wood Johnson Medical School found the University of North Carolina at Chapel Hill to be the third most prolific producer of scientific publications about electronic cigarettes.

The study also named Dr. Kurt Ribisl, professor and chair of health behavior at the university of North Carolina Gillings School of Global Public Health, one of the most prolific e-cigarette scientists.

“We have prioritized conducting e-cigarette studies at UNC since shortly after they were introduced in the U.S.,” Dr. Ribisl said. “E-cigarettes are a double-edged sword that are becoming alarmingly popular among youth, but under certain conditions, a well-regulated e-cigarette could help some adults quit smoking and serve as a powerful harm-reduction product.”

Dr. Ribisl noted that, as a doctoral student at the UNC Gillings School, 2014 alumna Dr. Jessica Pepper conducted one of the first dissertations on e-cigarettes and also was recognized as one of the most prolific e-cigarette researchers.

“UNC has studied many areas of interest to the public and to policy makers,” Dr. Ribisl said, “including consumer perceptions of product risk; impact of flavors, sales and marketing practices of vape shops; youth access; and development and testing of product warning labels.” 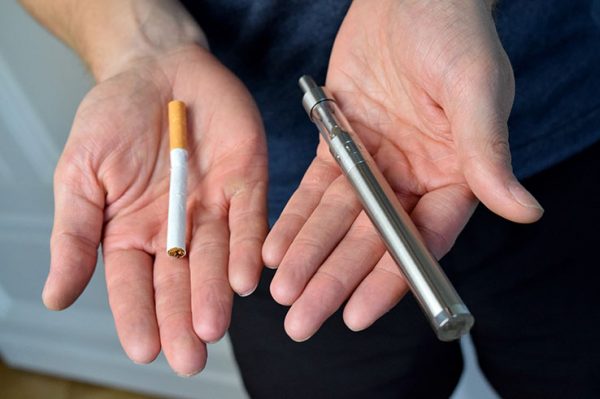