The number of vector-borne diseases acquired in the U.S. more than doubled between 2004 and 2016, the U.S. Centers for Disease Control and Prevention (CDC) recently reported. But what does the future hold? Two studies published recently by University of Florida faculty members at the Emerging Pathogens Institute and the College of Public Health and Health Professions provide insight into this question, based on research conducted in Haiti.

A major concern has been a mosquito-transmitted virus called chikungunya, which causes fever and severe joint pain. This virus was responsible for epidemics in the Caribbean in 2014, and spread into South Florida, where there were over 400 travel-associated cases and close to a dozen patients infected by Florida mosquitos.

Spread outside of South Florida was limited in part because the mosquito responsible for transmitting the disease in 2014, named Aedes aegypti, had a limited range. However, a study published May 10 in the journal PLOS One reports that a new “American strain” of chikungunya has now been identified in mosquitos in Haiti. Furthermore, it can be transmitted by other mosquitoes, including the Aedes albopictus, also known as the Asian tiger mosquito, which is found much further north in Florida and in other parts of the southern United States.

So far, this new chikungunya strain has not been identified in the United States. However, should it make it into this country, there is greater potential for the spread of the disease than was seen in 2014.

In a second study, also published in PLOS Neglected Tropical Diseases, UF investigators found evidence that around 10 percent of patients infected with chikungunya in Haiti had a simultaneous infection with a second mosquito-transmitted virus. In six instances, patients were found to have been infected with both chikungunya and Zika viruses, with genetic studies raising the possibility that the two viruses were transmitted by the same mosquito. These viruses were also among the first isolated in the Americas, raising questions about possible interactions among various viruses. 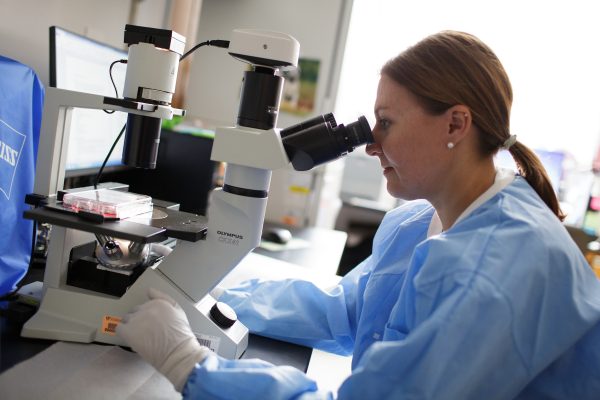 “Patterns of chikungunya fever outbreaks can cycle,” said Dr. Sarah White, who led the studies as a postdoctoral associate in the lab of Dr. John Lednicky at the University of Florida College of Public Health and Health Professions’ department of environmental and global health. “These findings raise questions about the potential for the reemergence of chikungunya virus in our hemisphere.”

These studies underscore the importance of disease and mosquito surveillance in understanding the risk of the spread of diseases carried by mosquitoes, which have the potential to spread into the United States, Dr. White said.

“At a basic level, the best prevention method is to avoid mosquito bites by wearing protective clothing and bug repellent,” she said.