North American wolf packs can feast on bison or elk and then go two weeks before the next kill. But the wolves’ bodies and brains still perform at high levels as they hunt for their next meal, researchers say. Humans, too, appear well-adapted to periods of hunger. This is likely a trait evolved from early human hunter-gatherers who, like wolves, alternated between periods of feast and famine.

The answer as to how the body manages this, University of Florida researchers said, provides insight into an increasingly popular dieting strategy — intermittent fasting.

UF Health researchers said in a recent study published in the journal Obesity that emerging findings in scientific literature show intermittent fasting can be a reliable means of weight loss and may optimize physiological functioning, enhance performance and slow the aging and disease process.

To understand why, researchers said, one must look to how the body essentially flips a “metabolic switch” during fasting. This means the body moves from burning glucose, or sugar, for energy to fatty acids and their byproduct, ketones. During fasting, the body converts fat into fatty acids, which can be absorbed by the blood.

Dr. Stephen Anton, the division chief of clinical research for the UF College of Medicine’s department of aging and geriatric research, an alumnus of the University of Florida College of Public Health and Health Professions and the paper’s lead author, said research indicates ketones are the preferred fuel for the brain and body during periods of fasting and extended exercise. Ketones, he said, are a cleaner source of energy than glucose, protein or carbohydrates, the body’s other sources of energy. That is because ketones produce fewer “metabolic disrupters,” or molecules that can harm cells. 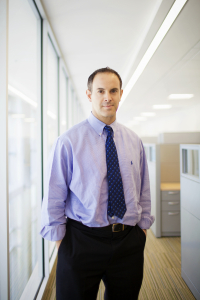 “This switch can happen after a certain period of time fasting,” said Dr. Anton, who also is affiliated with the UF Institute on Aging. “It’s a gradation in which your metabolism over time shifts to use higher and higher amounts of ketones for energy.”

Typically, he said, after eight to 12 hours of fasting, the levels of ketones in the blood significantly increase.

Dr. Anton’s paper looked at two popular forms of intermittent fasting. The first is time-restricted feeding, when the dieter eats during discrete windows during the day. For example, they might fast up to 16 hours a day, eating during the other eight hours. And in that window, the dieter isn’t restricted to what they eat.

The second approach is called alternate-day fasting. In the more common model of this fasting regimen, people limit their meals on one day, usually 500 calories. On the next day, they can eat anything at all. A second version of this fasting method is to eat nothing at all on one day while feasting the next.

In a review of scientific literature, Dr. Anton and his colleagues found that people lost significant body fat in 10 of 10 clinical trials involving alternate-day fasts. “So in my mind, it’s not a question of whether it works for producing fat loss,” Dr. Anton said.

May 3, 2018 "GW Study Addresses the Role of Health in Climate Lawsuits" May 3, 2018 "Yale: Tuberculosis Transmission Between Residents and Migrants in Shanghai Revealed Through Genomic and Spatial Analysis"