Research conducted by faculty from the University of South Carolina’s Arnold School of Public Health and the University of Vermont’s College of Medicine examined in-hospital outcomes in large for gestational age infants at 22-29 weeks of gestation. The paper was published in the Journal of Pediatrics.

This study was led by Dr. Nansi Boghossian, assistant professor, and Dr. Marco Geraci, associate professor, in the department of epidemiology and biostatistics at the Arnold School of Public Health. Their team estimated the risks of mortality and morbidities among large for gestational age infants relative to appropriate for gestational age infants born at 22-29 weeks of gestation. 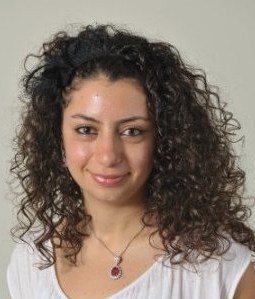 The researchers used data on over 156,000 infants collected between 2006 and 2014 in 852 United States medical centers participating in the Vermont Oxford Network. They defined large for gestational age as sex-specific birth weight above the 90th centile for gestational age measured in days.

The authors hypothesized that a higher birth weight for gestational age among these infants would be advantageous for in-hospital outcomes given their extreme prematurity. However, the authors found that compared to appropriate for gestational age infants, being born large for gestational age was associated with decreased risks for all the examined outcomes (mortality, respiratory distress syndrome, patent ductus arteriosus, necrotizing enterocolitis, late-onset sepsis, severe retinopathy of prematurity, and chronic lung disease); except for early onset sepsis and severe intraventricular hemorrhage. This indicates that the size of preterm infants and their subsequent morbidities, likely varies contingent on the underlying maternal condition that resulted or is associated with the preterm delivery.

This study is part of ongoing research by Drs. Boghossian and Geraci who have also investigated mortality and morbidity risks in small-for-gestational-age preterm infants and, supported by ASPIRE funding from the UofSC Office of the vice president for research, in preterm infants with large head-circumference-to-birthweight ratio.