Researchers from the University of South Carolina Arnold School of Public Health’s health promotion, education, and behavior (HPEB) department and the School of Medicine at the University of South Carolina have worked with collaborators to investigate stakeholder buy-in to QuitConnect, a National Smokers’ Registry. The study was led by HPEB professor, Dr. Jim Thrasher and clinical professor of family and preventive medicine Dr. Scott Strayer. HPEB and Core for Applied Research and Evaluation (CARE) research assistant professor Dr. Mark Macauda served as lead author on the paper published in the American Journal of Health Promotion.

With this study, the authors investigated interest and concerns among those who fund and operate state-run smoking cessation helplines, which are also known as quitlines. Specifically, they examined the concept of creating a centralized smokers’ registry that could be used to reengage smokers after they receive initial quitline support services.

Dr. Macauda and his team conducted three, hour-long focus groups via telephone with stakeholders. During these meetings, the researchers led the group in discussing the perceived benefits and barriers to creating a smokers’ registry. The three groups included quitlines service providers, quitline funders, and national quitline partners.

After recording and transcribing the focus group discussions, the researchers coded the conversations. Using a grounded theory approach, they identified major relevant themes.

The team found that the stakeholders were generally positive about the concept of a centralized smokers’ registry (i.e., QuitConnect). They particularly valued the potential to link relapsed smokers to ongoing research studies designed to help smokers achieve abstinence from tobacco. However, the participants also expressed concern about QuitConnect duplicating services already offered by state-run quitlines.

Dr. Macauda and his co-authors concluded that despite having a common goal to help smokers quit smoking, many state quitline stakeholders had strong reservations about the creation of a centralized smokers’ registry—unless, they could see clear evidence that the registry added value that was not duplicative of their existing services. 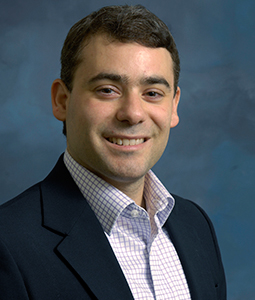