In observance of national Antibiotic Awareness Week, Nov. 12-18, The University of Texas Health Science Center at Houston (UTHealth) supported the Centers for Disease Control and Prevention’s (CDC) campaign to highlight a growing – yet little-known danger – and debunk the common myths associated with antibiotics, which are adding to the problem. Antibiotic resistance is predicted to be the No. 1 cause of death in the world by 2050, and a team of scientists and physicians at UTHealth is determined to help stop this grave prediction from becoming a reality.

“Like an evolutionary arms race, antibiotic resistance occurs when bacteria adapt and develop the ability to defeat the drugs designed to destroy them. The antibiotics used in clinical practice were developed mostly from the 1960s to 1980s, but as they are mainly natural products, bacteria have seen them before and have acquired the tools to outsmart them after millions of years of evolution,” said Dr. Cesar Arias, director of the Center for Infectious Diseases at University of Texas School of Public Health. Dr. Arias holds the Herbert DuPont Chair in Infectious Diseases at the school, and is also professor of infectious diseases and director of the Center for Antimicrobial Resistance and Microbial Genomics and holds the Laurel and Robert H. Graham Faculty Fellowship at McGovern Medical School at UTHealth.

Dr. Arias said that globally, much more work needs to be done to tackle a ticking time bomb. “We aim to take the lead in our community by developing tools to predict resistance and innovative therapies to target superbugs,” he said.

Although some antibiotic resistance can’t be avoided, the issue is growing at an alarming rate and a big part of the problem is misuse. A recent Centers for Disease Control and Prevention (CDC) study found around a third or more of antibiotics are unnecessarily prescribed in doctors’ clinics and emergency departments in the U.S., amounting to some 47 million excess prescriptions.

The severe consequences of the misuse of antibiotics were outlined in a Review on Antimicrobial Resistance, forecasting that antimicrobial resistant infections will become the biggest cause of death globally by 2050, resulting in 10 million deaths — nearly 2 million more than cancer. In the U.S. alone, they currently claim more than 23,000 lives annually and cause some 2 million illnesses, according to the CDC.

“People assume antibiotics work, or if they don’t, there’s always another one that will. Unfortunately, that’s not the case and we’re seeing more patients die of superbug infections that cannot be successfully treated by any antibiotics,” said Dr. Arias.

“In addition to the work we’re doing in the lab, there are important measures everyone can take in their daily lives. It’s a daunting challenge, but we can all do our part and help reduce the threat,” said Dr. Arias.

Many people may not even realize they’re putting their own health at risk and exacerbating the issue. Here are several widely held misconceptions and the facts:

Dr. Arias said because antibiotics kill the “good” bacteria that your body needs, side effects can among others include gastrointestinal problems such as diarrhea and skin rashes. It also needlessly increases antibiotic resistance so this myth is a lose/lose for everyone.”

Myth: It’s OK to stop taking the antibiotics once you feel better.

“If you have a bacterial infection requiring antibiotic treatment, it’s vital you take the antibiotics as prescribed. Typically patients’ symptoms will improve before all the bacteria are killed,” Dr. Arias said. “Stopping your antibiotics early, or missing doses, means there may be insufficient antibiotic to destroy the bad bacteria, which can therefore linger, multiply and become more resistant. Patients with a weakened immune system are particularly vulnerable. Evidence therefore suggests that it is important to complete the course of treatment.”

Myth: It’s fine to use old antibiotics from a previous prescription.

“Never do this. It may sound like a way to save time and money, but it’s likely to cost you dearly. Medications, especially liquids, lose their effectiveness over time. Moreover, you may have a different infection this time requiring different treatment,” Dr. Arias said. “If antibiotics are taken appropriately, there shouldn’t be any left over. The same advice applies to using other people’s antibiotics, which probably won’t be right for you and could make the illness worse. All antibiotics are different and not all of them will work for every infection. That’s why it’s vital to always consult with your doctor and take any medication exactly as prescribed.”

Myth: Antibiotics can stop you getting sick in the first place.

“In most instances, taking an antibiotic when there is no bacterial illness will not help reduce your risk of getting one in future, unless you have a disease that predisposes you to a particular infection. So, taking random antibiotics to ‘prevent’ infections is not effective,” Dr. Arias said. “Overuse of antibiotics can cause bacteria to become resistant, fueling the bigger problem and making the infections they cause harder to treat in the future.”

“Unfortunately, this isn’t true. A growing number of bacteria are becoming resistant to antibiotics, which means that when a patient becomes infected with one of the resistant forms, there is no straightforward answer – if there’s any answer at all. That’s when our team of scientists and physicians at the Center for Antimicrobial Resistance are called on to find solutions, which involve understanding the genetic basis of why superbugs are resistant and combining the right antibiotics to target each unique superbug,” Arias said. “This work is literally saving patients’ lives. But it’s a constant struggle, as these superbugs get increasingly cunning and indestructible. Tragically, more people of all ages – often with serious underlying health conditions like cancer or cystic fibrosis – are dying of these infections because there are no treatment options.”

Small, simple everyday actions can also make a big difference. Cleaning hands, covering coughs, staying home when sick and getting recommended vaccines, such as the flu vaccine, all help keep people healthy and the potentially lethal bacteria at bay.

Meanwhile, back in the lab, Dr. Arias and his team are dedicated to finding solutions when the worst-case scenario happens.

“It’s an endless battle because there are always new, more resistant superbugs to test us,” Dr. Arias said. “But we’re making strong progress and learning how to get one step ahead. With the right research, expertise and technology, we can curtail this potential pandemic and save more lives.” 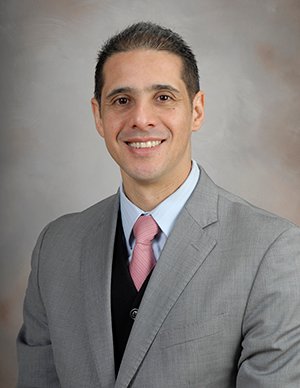