Dr. Jonathan Wakefield, professor of biostatistics at the University of Washington School of Public Health, was invited to be a member of the technical advisory group to the United Nations (UN) Inter-agency Group for Child Mortality Estimation.

Dr. Wakefield, a joint professor of statistics at the UW, has spent five years working on methods for modeling health and demographic outcomes in low- and middle-income contexts. Over the last three years, he has attended the UN group’s semiannual meetings to present his substantive applied work and to discuss his methodological developments, particularly in under-five mortality estimations.

The UN Inter-agency Group for Child Mortality Estimation was formed in 2004 to share data on child mortality, harmonize estimates within the UN system, improve methods for child mortality estimation, report on progress towards child survival goals, and enhance country capacity to produce timely and properly assessed estimates of child mortality. The group is led by the UN International Children’s Emergency Fund, or UNICEF, and includes as full members the World Health Organization, the World Bank Group and the Population Division of the UN’s Department of Economic and Social Affairs.

The technical advisory group includes academic scholars and independent experts in demography and biostatistics, and its members provide guidance on estimation methods, technical issues and strategies for data analysis and data quality assessment.

Dr. Wakefield received his PhD in 1992 and his Bachelor’s in 1985 from the University of Nottingham in the United Kingdom. He later worked for several years at Imperial College, where he lectured classes and worked on methods and applications in spatial epidemiology. He took up a joint position in the Departments of Biostatistics and Statistics at the UW in 1999, where he continues to work on spatial and spatio-temporal models for health data. 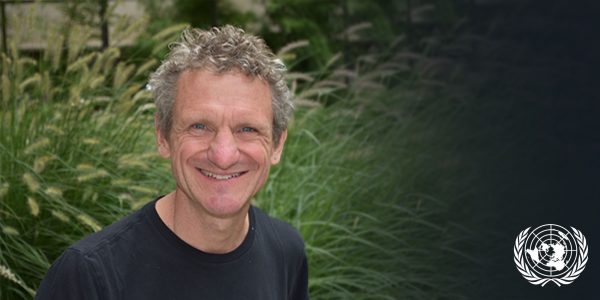