Adolescent males who identify as gay or bisexual, or are sexually active with other males, are at high risk for HIV infection. Researchers at the University of Washington (UW) say pre-exposure prophylaxis (PrEP) programs can significantly reduce this risk, especially in communities with high HIV burden.

The study, published online Nov. 1 in the American Journal of Public Health, was co-authored by Dr. Steven Goodreau, a UW professor of anthropology and adjunct professor of epidemiology at the University of Washington School of Public Health. Dr. Deven Hamilton from the UW’s Center for Studies in Demography and Ecology was lead author. 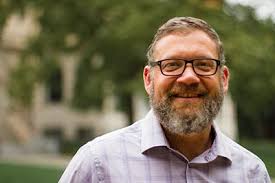 “There are a large number of difficult logistical challenges to providing PrEP to adolescents, but our work confirms that it is worth the effort,” Dr. Goodreau said. “For many gay or bisexual teens, especially African-American teens, waiting until they’re 18 to begin comprehensive HIV prevention is simply too late.”

PrEP is a daily course of antiretroviral drugs taken by HIV-negative individuals to protect against HIV infection. The researchers used a model and race-specific data from recent trials to simulate HIV transmission among African-American sexual-minority males, ages 13 to 18 years, and among white sexual minority males within the same age range. Results from the model showed that PrEP averted 3 percent to 20 percent of HIV infections in African-American adolescents and 8 percent to 51 percent of HIV infections in white adolescents.

Although the percentages of infections averted were lower in African-Americans, the absolute numbers averted were much higher for this group, as was the efficiency — that is, the number of cases averted for every 100 people taking PrEP, according to Dr. Goodreau.