Dr. Bruce Weir, professor of biostatistics at the University of Washington School of Public Health, has received a four-year, $1.6 million award from the National Institute of General Medical Sciences to develop new statistical methods to describe the genetic structure of populations in a way that encompasses their evolutionary history. 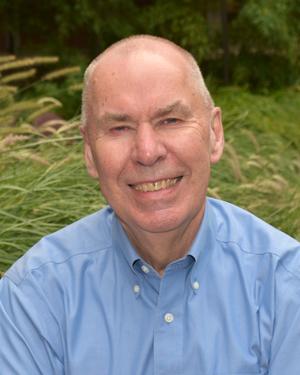 For human populations, Dr. Weir says, the growing popularity of direct-to-consumer genetic testing such as 23andMe and Ancestry.com shows the general interest people have in understanding their personal histories. From a public health perspective, studies that seek to understand disease prevalence differences among populations, or differing responses to therapies, need a way to characterize population genetic profiles.

Dr. Weir will collaborate with Dr. Jérôme Goudet, from the University of Lausanne in Switzerland, and Dr. Diogo Meyer, from the University of Sao Paulo in Brazil, to study detailed population structures for the human leukocyte antigen (HLA) region of the human genome. The HLA region is critical for host-donor compatibility in transplant studies and for many other human diseases.

Additionally, Dr. Weir received a $900,000 award from the National Institute of Justice to apply his work on the genetic structure of populations to forensic DNA profiling.

When DNA evidence matches that of a suspect in a case, courts expect a numerical indication of the strength of that genetic match. However, the results can vary significantly among populations.

Dr. Weir and his collaborators Dr. John Buckleton, from the Institute of Environmental Science and Research in New Zealand, and Dr. James Curran, from the University of Auckland, recently published a survey of match probability values for more than 400 populations worldwide. The team plans to extend this work to Y-chromosome profiles, which are of particular importance in sexual assault cases, and to the emerging body of forensic profiles based on DNA sequences.