Dr. Parveen Bhatti and Dr. Amanda Phipps, from the University of Washington School of Public Health, have received $250,000 from the Radiation Effects Research Foundation (RERF) to support investigative and educational efforts focused on the health effects of atomic bomb radiation. 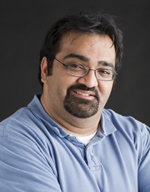 The RERF is a binational scientific organization run by the United States and Japan. The grant will re-establish an old partnership between the RERF and the school’s department of epidemiology, aimed at improving the quantity and quality of U.S. research scientists with expertise in radiation epidemiology.

As part of the partnership, Dr. Bhatti and Dr. Phipps will recruit graduate students from the School of Public Health to work with both University of Washington researchers and Japanese researchers with RERF. Students will have the opportunity to use unique data on survivors of the 1945 atomic bombings of Hiroshima and Nagasaki.

“Epidemiological studies of survivors of the atomic bombings of Hiroshima and Nagasaki continue to be the single most important source of scientific information on health effects of exposure to ionizing radiation in humans,” said Dr. Bhatti, research associate professor of epidemiology at the School of Public Health and associate member of epidemiology at the Fred Hutchinson Cancer Research Center. “The results of these studies are essential to the development of radiation protection limits and standards for occupational exposures, and to the prediction of and planning for the consequences of accidental and other exposures.”

Dr. Bhatti and Dr. Phipps will travel with two epidemiology graduate students, Ms. Brandie Bockwoldt and Ms. Audrey Hu, this month to Hiroshima, where they will meet with RERF researchers to identify potential thesis projects. In subsequent years, they plan to expand the program to include faculty and students from other departments in the School of Public Health.

The two atomic bombs that hit Japan in 1945 killed and maimed hundreds of thousands of people. The uranium bomb detonated over Hiroshima had an explosive yield equal to 15,000 tons of TNT. The slightly larger plutonium bomb that exploded over Nagasaki caused ground temperatures to reach 4,000 degrees Celsius and radioactive rain to pour down. Effects of the bombs are still being felt today, including increased rates of cancer and chronic disease among the survivors.

The Atomic Bomb Casualty Commission, established in 1947 by the U.S. National Academy of Sciences, preceded the RERF. It has continued to conduct extensive health studies on atomic bomb survivors in cooperation with the Japanese National Institute of Health.

Dr. Scott Davis, former chair and professor emeritus of the University of Washington’s department of epidemiology, led the original RERF/UW partnership. The new project’s co-leads Dr. Bhatti and Dr. Phipps both received their doctorates from the School of Public Health. Dr. Phipps currently serves as an assistant professor of epidemiology.