Antiretroviral therapy has helped HIV-positive youth in sub-Saharan Africa to live longer lives and to reach ages at which they are likely to become sexually active. The other side of the coin comes with increased risk of human papillomavirus (HPV) infection and some cancers.

In a new study, researchers at the University of Washington tested the safety and efficacy of the HPV vaccine on HIV-positive African youth and found a robust immune response to the vaccine.

“The HPV vaccine is recommended as effective in this population,” said lead author Dr. Nelly Mugo, research associate professor in the department of global health, which bridges the University of Washington Schools of Public Health and Medicine. “The vaccine was found to be safe, with the most common side effect being pain with injection, and no serious adverse events were found to be related to the vaccine.” 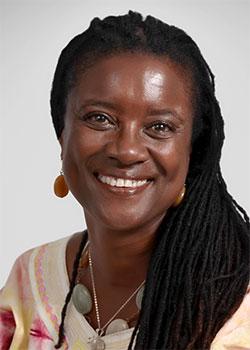 Previous studies of the safety and efficacy of HPV vaccination have only been performed on HIV-infected youth in the United States. This is the first study of its kind to focus on African adolescents.

Researchers vaccinated 180 HIV-infected Kenyan youth, ages 9-14 years – including 100 girls and 80 boys – and followed them for a year to measure the presence of HPV antibodies in their blood. Participants received three doses of the vaccine, the standard regimen, with the second and third dose given at two and six months after the first dose occurred.

The HPV vaccine used in the study was a quadrivalent vaccine, which protects against four strains of the virus. Researchers measured immune response to each strain separately and found that the vast majority of study participants produced measurable levels of antibody to HPV-6, HPV-11, HPV-16 and HPV-18. More than 93 percent of youth produced antibodies to the four vaccine-specific HPV serotypes.

“This study provides strong evidence that the standard three-dose schedule is safe and immunogenic for this population,” study authors wrote. This is notable because the World Health Organization and American Cancer Society, in 2014, approved a change to HPV vaccine guidelines from three- to two-dose schedules. Authors of this study say the change may not be appropriate for HIV-infected adolescents.

The study also showed that immune response frequencies were comparable to those found in HIV-infected youth in America. Responses were also similar when comparing this study population to girls, ages 7 to 12, in the U.S. who were HIV negative; girls, ages 9 to 26, in Kenya and Ghana who were HIV negative; and girls in the U.S. who were HIV seropositive, meaning they had detectable antibodies to HIV. Therefore, authors say, “there is no evidence to expect lower efficacy of the HPV vaccine in HIV-1-seropositive girls in Kenya.”

Mr. Lawrence Mwaniki, data manager at Partners in Health, and Dr. Dalton Wamalwa, associate professor of pediatrics and child health at the University of Nairobi, were partners on the study.