Large parts of the world could experience dramatic increases in heat-related deaths under scenarios of greater climate change, according to a paper published September 13 in the journal Climate Change. Researchers argue that the world needs to keep global temperatures in check by meeting the goals set out in the Paris Agreement.

“Under more extreme climate scenarios, most regions are expected to experience considerably larger heat-mortality risks that would not be counter-balanced by decreases in cold-related excess mortality,”said study co-author Dr. Kristie Ebi, professor of global health and environmental and occupational health sciences at the University of Washington School of Public Health. 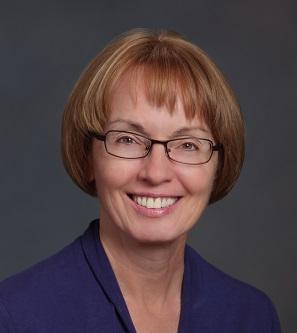 Led by the London School of Hygiene & Tropical Medicine, this is the first study that projects global temperature-related health impacts under scenarios consistent with the Paris Agreement. The research team first analyzed historical data on temperature-related deaths from 451 locations in 23 countries with different socioeconomic and climatic conditions. They then projected changes in mortality for a range of temperature increases, either compatible with the Paris thresholds or higher. These projections accounted for how increases in heat-related deaths might be offset by a decrease in cold-related deaths as global temperatures increase.

Results showed dramatic increases of heat-related deaths under extreme warming (3 and 4 degrees Celsius) compared to the mildest change (1.5 degrees Celsius). In a 4-degree-warmer world, central and southern regions of America, Europe and East Asia could experience anywhere from 3.5 to 8.9 percent more heat-related deaths than a 1.5-degree-warmer world. The net difference remained positive and high in most areas, even when potential decreases in cold-related deaths were considered.

Italy and Spain could face a significant net increase of 0.7 and 0.8 percent more temperature-related deaths, respectively. An increase of 1.2 percent could be observed in countries such as the Philippines, Thailand and Vietnam.

“Efforts to limit the increase in global temperature to below 1.5°C could provide additional benefits in tropical or arid regions, including the most populous and often poorest countries,” said the study’s first author Dr. Ana Maria Vicedo-Cabrera, assistant professor in environmental epidemiology and statistics at the London School of Hygiene & Tropical Medicine.