Hospitals and health systems exist solely to improve people’s health, yet they are a top producer of greenhouse gases that exacerbate climate change, putting people at risk. In a new brief on climate change and health in the United States published Nov. 28, University of Washington and Harvard University researchers say public health and health care systems are key to preventing further dangerous climate impacts.

“We need to do much more to prepare and respond and to support the health sector in adapting,” says Dr. Jeremy Hess, an associate professor of emergency medicine, environmental and occupational health sciences and global health at the University of Washington Schools of Medicine and Public Health. “The health sector also needs to take additional leadership on reducing greenhouse gas emissions, which harm people’s health, and to continue pressing our government at every level to reduce emissions.” 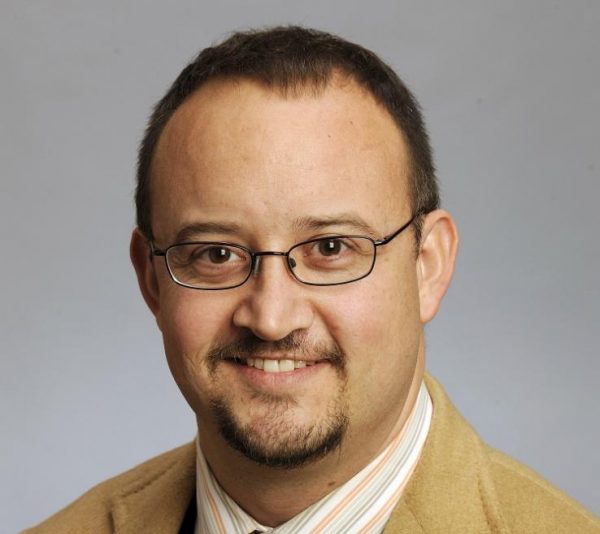 Dr. Hess is senior author of the brief, which focuses on the key threats and opportunities climate change poses for the health of Americans. Dr. Renee Salas, a clinical instructor of emergency medicine at Harvard Medical School and an emergency medicine physician at the Massachusetts General Hospital, is the brief’s lead author. It is part of a larger global report, published in The Lancet and authored by a global research collaboration of 27 institutions called the Lancet Countdown. Research partners include the World Bank, World Health Organization, University College London and Tsinghua University.

The brief calls on U.S. health care systems to extend their commitment to “do no harm” by ensuring that their own operations are powered by renewable energy. It also highlights the important role of public health in training the next generation and educating the public on the health impacts of climate change. Researchers noted that substantially more funding is needed to support local efforts to adapt and enhance resilience. However, Dr. Hess says adaptation alone, regardless of funding, won’t be enough.

“We’ll adapt to the things that we can, but without aggressive action to reduce emissions, there are likely to be impacts that we won’t be able to adapt to and we’ll just have to reckon with,” he says. “We can install air conditioning in most homes but we can’t stop trying to tend crops outside. We can’t move or harden all our critical seaside infrastructure. We can’t stop large population movements resulting from climate disasters. The list of losses that we’ll have trouble absorbing is long and upsetting.”

The 2018 report and U.S. brief come just days after a national climate assessment was issued by 13 federal U.S. agencies. The assessment, which was mandated by Congress and made public by the White House, included a chapter on human health, which presented similarly stark warnings of the health impact of climate change for the country.

Among the threats highlighted in the U.S. brief are heat and heat waves, as well as extreme weather events such as Hurricanes Harvey and Maria and the devastating wildfires in the west coast. In 2017, there were 16 major natural disasters in the U.S. that together cost more than $313 billion. Also, climate change is elevating the risk of vector-borne illnesses such as Lyme disease and West Nile virus.

Dr. Hess was among dozens of doctors, academics, and policy professionals who authored the global report, which explores 41 unique indicators that measure the health impacts of climate change and assess the world’s response. Indicators range from heat-related risks to vulnerabilities from mosquito-borne diseases and economic losses due to extreme events.

The research shows that rising temperatures as a result of climate change are already affecting the health of populations around the world and warns, for the first time, that older people in Europe and the East Mediterranean are particularly vulnerable to extremes of heat.

“There is abundant evidence that communities are not prepared for the ongoing increases in the frequency, intensity and duration of heat waves,” says Dr. Kristie Ebi, a professor of global health and of environmental and occupational health sciences at the UW, who is an author of the Lancet Countdown report as well as the human health chapter of the national climate assessment. “Actions are needed right now, matched with investments, such as implementing early warning systems for heatwaves, including mapping vulnerable populations and providing interventions designed to increase resilience during hot weather.”

Despite slow progress, experts cited encouraging signs. Several sectors have seen the start of a low-carbon transition, according to the report. Authors emphasize that the nature and scale of the response to climate change will be the determining factor in shaping the health of nations for centuries to come.