Established in 2014, the award highlights current research by student members of APHA, with a special focus on the student’s ability to verbally communicate their findings. Mr. Serrano’s presentation, “​Building the Capacity: Examining the Impact of Evidence-Based Public Health Trainings in Europe — A Mixed Methods Approach,” was built on his research interests in chronic disease prevention and reduction of health disparities among disadvantaged communities. Dr. Ross Brownson, professor at the Brown School, was the co-presenter. Dr. Brownson is the past recipient of the APHA Award for Excellence. 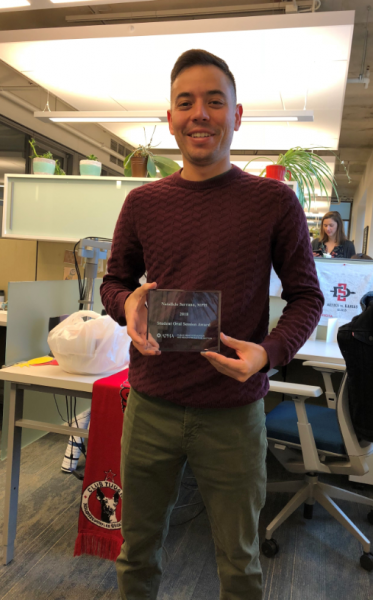