People in rural areas who use walking trails are more likely to meet minimum recommendations for physical activity, according to a study from the Brown School at Washington University in St. Louis. 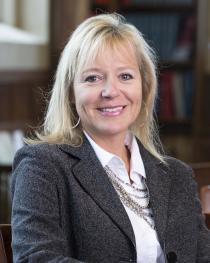 The latter group is especially worthy of targeting for improvement, wrote co-authors Dr. Amy Eyler, associate professor at the Brown School, and Dr. Thomas Park, of the Washington University School of Medicine. They suggested that residents’ values and interests, also identified in the survey, could be used to find ways to encourage more walking.

The study was published in the August issue of the Journal of Environmental and Public Health. The survey led to a $2.9 million grant from the National Institutes of Health/National Cancer Institute to the Brown School’s Prevention Research Center, of which Dr. Eyler is the deputy director. The five-year project is aimed at promoting physical activity in rural communities, which have less physical activity and greater risk for cancer and other chronic diseases.