Eating disorders can offer people a false sense of control: control of what they eat, how much they weigh and how they look. Few things can shatter that sense of control the way pregnancy can.

Dr. Elizabeth Claydon, an assistant professor in the West Virginia University School of Public Health, is parsing how eating disorders may affect women’s experience of — and attitudes toward — pregnancy. The journal BMC Pregnancy and Childbirth has published her study’s findings.

“It’s a really challenging time period, and it’s not talked about much,” said Dr. Claydon, who teaches in the department of social and behavioral sciences. 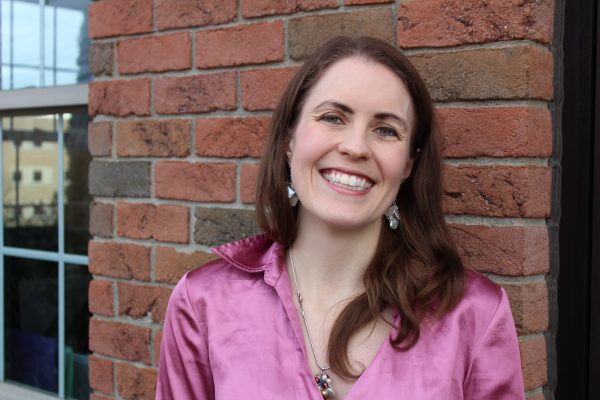 The project, supported by the Centers for Disease Control and Prevention through the WVU Injury Control Research Center, is unusual because it is qualitative, not quantitative. To put it another way, more eating-disorder studies have focused on how much pregnant women weigh or birth outcomes than on how pregnancy weighs on women psychologically.

“I wanted to do a more qualitative study because the lived experience is so nuanced and so diverse. What everyone goes through is very different,” Dr. Claydon said.

She and her research team interviewed 15 women with either a current or previous eating disorder. Participants came from the United States, the United Kingdom, Canada and Central America. Nine of the women had been pregnant before. The other six were not — and had never been — pregnant.

The researchers used a qualitative data-management tool to categorize the information they gleaned from all of the interviews. Six themes emerged: maintaining a sense of control; disclosing the eating disorder to medical professionals; grappling with weight and body image concerns; heeding the demands of motherhood while silencing those of the eating disorder; fearing that disordered eating would be passed onto the child and strategizing to cope with pregnancy.

The main difference between the responses of women who had never been pregnant, on the one hand, and women who were or had been pregnant, on the other, was that “women who hadn’t had a pregnancy yet were not confident in their ability to battle even a past history of an eating disorder,” Dr. Claydon said. “They didn’t have the confidence that they could adequately get through a pregnancy.” Some were considering surrogacy or adoption because they were not sure that they could trust themselves to have a healthy pregnancy.

The theme that surprised Dr. Claydon the most was intergenerational transmission—or, parents’ passing their own dysfunctional view of food onto their daughters and sons. Every woman the team interviewed mentioned this concern. Among women who had never been pregnant, it factored into their decision to postpone or avoid conceiving a child. Among mothers and pregnant women, it shaped their approaches to parenting.

“One mother who still had an eating disorder said, ‘I don’t eat meals except when my daughter’s around, and then when she’s around, I sit down and I eat because I have to create a sense of normalcy for her. I feel like a hypocrite because I tell her all these things — you have to make sure you’re eating well and sleeping well and taking care of yourself — when I’m not doing them myself,’” Dr. Claydon recounted.

For example, if a woman with anorexia nervosa visits her obstetrician for a prenatal checkup, the nurse who weighs her may instruct her to step on the scale backward so she won’t be reminded of her anxiety-provoking — yet healthy — weight gain. During the exam, her doctor may assess her mental state as well as her physical health and the pregnancy’s progress.

Title: “Waking up every day in a body that is not yours: a qualitative research inquiry into the intersection between eating disorders and pregnancy” doi: 10.1186/s12884-018-2105-6

Research reported in this publication was supported by the National Center for Injury Prevention and Control of the Centers of Disease Control and Prevention under Award Number 6R49CE002109-05-06. The content is solely the responsibility of the authors and does not necessarily represent the official views of the CDC.