The Center for Interdisciplinary Research on AIDS (CIRA) at Yale University has received a new $7.8 million grant from the National Institute of Mental Health (NIMH) to continue its work for the next five years. 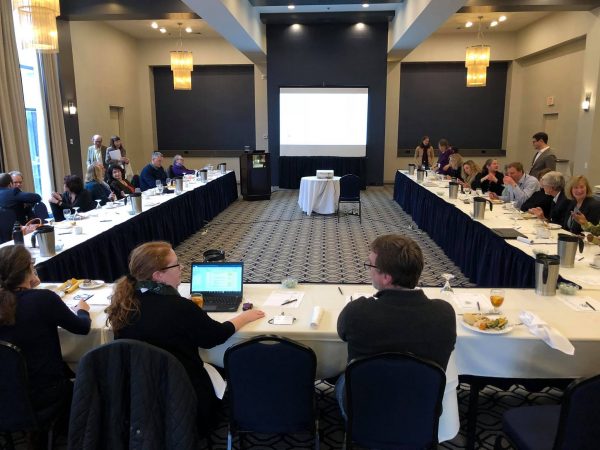 CIRA was established in 1997 at the Yale School of Public Health, when effective treatment options were limited and the disease was usually fatal. In the interim, both prevention and treatment strategies have evolved and HIV is now a manageable chronic condition and researchers at CIRA and elsewhere are working to eliminate new infections. Over its 20-year history, CIRA-affiliated scientists have done cutting-edge research to develop and evaluate effective approaches to prevent and treat HIV disease throughout the United States and globally.

New HIV diagnoses have steadily declined in recent years and the overall number of people with HIV who are receiving treatment has increased dramatically. However, the epidemic continues to affect millions of people, disproportionately impacting communities of color, low income/impoverished parts of the world, women and men who have sex with men (MSM).

CIRA is committed to continuing its work to address such issues. The new grant will fund its many research activities and programs through 2022.

“The knowledge generated by CIRA scientists and others in the HIV research field have brought the goal of ending the epidemic within reach. The next hurdle is to implement all that we have learned about HIV into routine HIV prevention and clinical practice. This implementation challenge will remain CIRA’s primary focus in the next five years,” said Dr. Paul Cleary, CIRA’s director, who has worked in the HIV/AIDS research field for more than 30 years.

Ms. Elaine O’Keefe, CIRA’s executive director, began working on the epidemic in New Haven in 1986.  She agrees that tremendous progress has been made, but the epidemic is not over and serious challenges remain.

“HIV disparities, a resurgence of HIV in men who have sex with men (MSM) in the United States, the rise of HIV co-morbid conditions, the opioid epidemic, and the aging of those with HIV disease, are just some of the current issues that underscore the continued importance of CIRA’s mission and work,” said Ms. O’Keefe. “We need to apply the scientific knowledge that has evolved over the years to the contextual reality of the places where HIV prevention and care services are actually delivered, and do this in sustainable ways. CIRA will focus on these research implementation and adaptation issues to have a greater impact.”

Since its inception, CIRA has supported interdisciplinary research in diverse settings, contributing significantly to scientific knowledge of HIV risk and transmission and the cost-effectiveness and efficacy of HIV interventions. This research has resulted in numerous publications that have been widely disseminated and frequently cited. Over the past five years, CIRA-affiliated scientists have published over 800 papers on HIV/AIDS care and prevention.

CIRA currently has 177 research scientists and research partners who represent multiple disciplines including public health, medicine, psychology, law, nursing and the social sciences, and various AIDS service and health care provider organizations. The center provides support to 67 active HIV research and training projects funded by external grants from the National Institutes of Health and other sponsors.

CIRA is the only NIMH funded AIDS Prevention Research Center in New England. With the new grant, CIRA will increase its emphasis on supporting rigorous, relevant, and practical research that advances the effective implementation of HIV prevention and treatment approaches in the United States, particularly in New England, and in other high-need settings throughout the world.

The center has been a strong partner with AIDS Project New Haven (APNH) for the past 10 years. “We have worked on many projects with CIRA, been introduced to partners for collaboration and seen programs and services strengthened because of the work CIRA has done in the community,” said Mr. Chris Cole, APNH’s executive director and a member of CIRA’s community advisory board. “As we all work toward getting to zero new infections, I know that CIRA’s role in the community will be integral.”

CIRA will continue to foster and support activities of the New England HIV Implementation Science Network. Created by CIRA and its partners in 2013, this network of HIV researchers and service providers focuses on implementation research in smaller urban centers with high HIV infection rates such as Providence, RI, and New Haven. The network’s unique focus complements the goals of the National HIV/AIDS Strategy by supporting the development and implementation of effective HIV interventions tailored to smaller cities with high HIV prevalence.

The NIMH grant will also allow CIRA to continue disseminating its research findings to the scientific community and the public. Among other activities, CIRA hosts workshops and symposia on a wide range of topics for scientists and community partners engaged in HIV prevention and care services. It also prepares publications that describe HIV research findings in clear terms to increase the use of the findings in practice.

In the next five years the center will leverage the extensive and multi-disciplinary expertise of its many affiliated scientists and partners, including the Institute for Community Research in Hartford, Conn., UConn/INCHIP, and expanding partnerships with state health departments and AIDS prevention and care providers throughout the region, the Providence/Boston Center for AIDS Research, among others, to have a greater impact on the local, national and global epidemic.

New global research partnerships will also be fostered in high-need settings through programs such as CIRA’s International Visiting Fellows Program that brings international HIV researchers to CIRA to work with Yale scientists to generate new HIV research grants and programs that will advance the goal of ending the epidemic worldwide.

The center will also heighten its support of interdisciplinary HIV research education and training programs with an emphasis on trainees from underrepresented race/ethnic groups. CIRA’s highly successful Research Education Institute for Diverse Scholars (REIDS) has helped over 20 Black, Hispanic, Native American and Asian scholars to launch HIV research careers. A new group of scholars will enter the program in June 2018 at a summer institute held at CIRA.

“CIRA has done amazing work for 20 years in the fight against HIV/AIDS. This NIH funding will allow Yale and its New England partners to continue their great work for another five years. With its theme of Implementation Science, the focus will be on making a measurable decline in the epidemic,” said Dean Sten Vermund.