In a first-of-its-kind study, Yale researchers have found that the close link between health care policy and electoral and legislative politics in the United States is dramatically increasing health care spending. 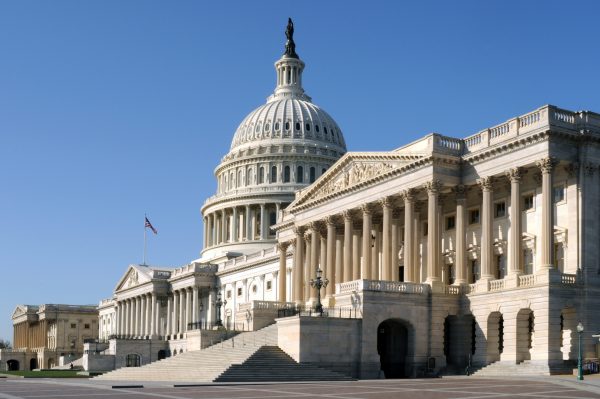 In a National Bureau of Economic Research working paper, Dr. Zack Cooper, assistant professor at the Yale School of Public Health; Dr. Amanda Kowalski, associate professor of economics in Yale; Dr. Eleanor Neff Powell, professor of political science at the University of Wisconsin at Madison; and Ms. Jennifer Wu, a Yale political science PhD student, studied the passage of the 2003 Medicare Modernization Act of 2003, which created prescription drug coverage for seniors. In order to win votes for the controversial law, a small provision was added to the legislation – Section 508 – which raised Medicare payments for approximately 100 hospitals. The team studied which hospitals received the waivers and examined how payment increases generated by the waivers impacted hospital behavior and political donations.

It can be challenging for Congress to pass sweeping health care legislation, since the benefits of these kinds of laws are diffuse and it is hard for an individual member of Congress to claim credit in his or her home district. In order to win votes, Congressional leaders can add targeted provisions — pork barrel projects — that steer funds to particularly members’ districts. The research team believes that the 508 waivers were a tool to attract votes for the Medicare Modernization Act. They found that hospitals represented by a member of Congress who voted for the Medicare Modernization Act of 2003 were significantly more likely to have their Medicare payment increased.

The team then studied what hospitals did with the additional money. They found that hospitals responded to the payment increase by treating more patients, hiring more staff, investing in new technology and raising CEO pay. The hiring increase was so dramatic that it was visible when the researchers looked at hiring rates in the counties where the recipient-hospitals were located. They did not observe any significant improvements in quality. Ultimately, hospitals that received a Section 508 waiver raised their spending by over $1 billion from 2005 to 2010.

The funding increases that hospitals received were set to expire in 2007. The researchers found evidence that hospitals spent millions lobbying to have the payment increase extended. Moreover, after examining data on political campaign contributions, the authors found that before the payment increase was extended, members of Congress that had a hospital with a 508 waiver in their district saw a 65 percent increase in donations from individuals working in the health care industry.

Up to now, the impact of politics on health care spending has remained largely unexamined. However, as the researchers note, votes in the U.S. Congress can have a significant impact on how trillions of health care dollars are spent each year. This is precisely why the health care industry spends more on lobbying than any other industry. As the authors note, while increasing health care spending may create jobs in the short term and even raise political donations, these policies need to be funded. Unfortunately, it’s politically more palatable for legislations to increase health care spending than it is for them to raise taxes or reduce spending on other programs.