The opioid addiction and overdose epidemic continues to take the lives of too many Americans. Of the nearly 64,000 overdose deaths reported in 2016, almost two-thirds involved a prescription or illicit opioid. Yale faculty have confronted the crisis in myriad ways, including research that impacts policy and medical practice.

In 2016, experts from Yale Schools of Medicine and of Public Health delivered a strategic plan for combating opioid misuse in the state to Connecticut Governor Dannel P. Malloy. In this second year of the three-year effort, known as Connecticut Opioid REsponse (CORE) Initiative, the Yale team and its collaborators have made strides on several fronts. 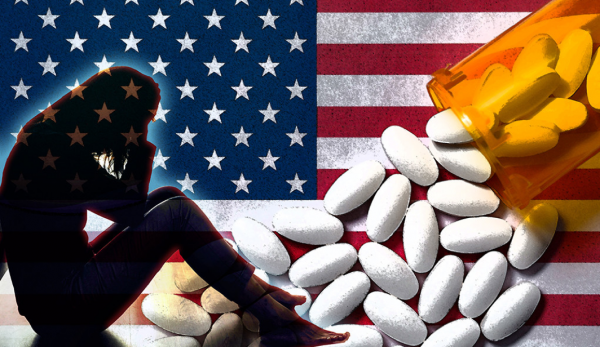 “This has been a tremendous opportunity for our team, and we are making progress. We face challenges due to workforce and resource constraints but we are working with key stakeholders to find effective and sustainable solutions,” says Dr. David Fiellin, professor at the Yale School of Medicine and the Yale School of Public Health, and director of the Yale Program in Addiction Medicine.

Legislation and data sharing. As a result of the CORE plan, the Connecticut legislature passed House Bill 7052, An Act Preventing Prescription Opioid Diversion and Abuse. The legislation allows for increased data sharing between state agencies, which will allow them to monitor overdose incidence, address overdose risk, and evaluate access to treatment for opioid overdose survivors.

Expanding access to evidence-based effective treatment. Yale Drs. Jeanette Tetrault and Ellen Edens helped organize trainings throughout the state to allow physicians, nurse practitioners, and physician assistants to prescribe buprenorphine, a medication that reduces cravings and relapse among people with opioid use disorder. In a 2015 study, Yale researchers found that patients who receive the medication in the Emergency Department are more likely to enter treatment after and reduce opioid use long-term. All Yale emergency medicine physicians are being trained in using this medication, and the practice has become a national model.

Reducing overdose risk. The CORE team worked with the three largest health systems in the state to have the Connecticut Prescription Drug Monitoring System integrated into electronic medical records. That collaboration helps providers identify patients at risk for addiction before they are prescribed an opioid.

Focus on prescribing guidelines for providers. Drs. Daniel Tobin and William Becker have partnered with the state Department of Consumer Protection to identify providers with patients receiving high-dose opioids, or opioids in combination with other drugs that increase risk for overdose. Their goal is to train the providers on appropriate prescribing, consistent with Center for Disease Control and Prevention guidelines and a Food and Drug Administration blueprint.

Access to the overdose-reversal drug, naloxone. Dr. Kathryn Hawk and the Addiction Medicine Collaborative have led multiple trainings of emergency medicine doctors and more than 90 medical, nursing, and public health students in overdose education and administration of naloxone, the main drug used to reverse the effects of an overdose and save lives.

Awareness and education. The CORE team hosted an event for media to help journalists more accurately report on the opioid crisis and addiction to the public. They have also given talks throughout the state to local and state-wide constituencies regarding the nature of addiction, appropriate opioid prescribing, and treatment of opioid use disorder.