On behalf of the Siegel Family and the awards selection committee, it is our pleasure to announce the 2018 winners of the Ruth Leff Siegel Award for Excellence in Pancreatic Cancer Research. 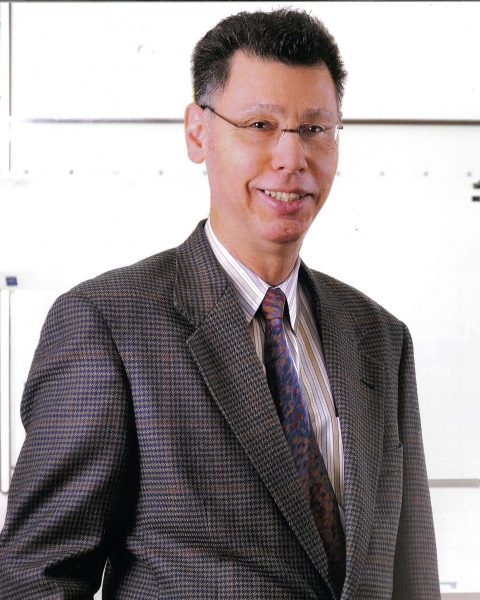 Dr. Harvey Risch from Yale School of Public Health is the recipient of the $50,000 Ruth Leff Siegel Award. Dr. Risch has made novel, sustained and substantial contributions to understanding the etiology and early diagnosis of pancreatic cancer. To start with, in 2001, the second of two reports was published showing an association between colonization by Helicobacter pylori and risk of pancreatic cancer. Dr. Risch recognized that because H. pylori does not colonize the human pancreas, bacterial effects on gastric acidity, risk up or down according to organism CagA-negative or -positive strain type, respectively, should modulate pancreatic cancer risk. This hypothesis (Risch HA. Etiology of pancreatic cancer, with a hypothesis concerning the role of N-nitroso compounds and excess gastric acidity. J Natl Cancer Inst. 2003;95(13):948-60.) was directly confirmed by Dr. Risch in two population-based case control studies, one in Connecticut, where CagA-positive and -negative strains are both common (Risch HA et al., ABO blood group, Helicobacter pylori seropositivity, and risk of pancreatic cancer: a case-control study. J Natl Cancer Inst 2010;102(7):502-5) and a second in Shanghai, China, where CagA-positive strains predominate (Risch HA et al., Helicobacter pylori seropositivities and risk of pancreatic carcinoma. Cancer Epidemiol Biomarkers Prev 2014;23(1):172-8.). This theory has also been confirmed in recent studies in Poland and Australia.

More recently, Dr. Risch has been working on methods for earlier recognition and detection of pancreatic cancer. Various prodrome factors of pancreatic cancer are known, but are nonspecific and many are not confined to pancreatic origins. Dr. Risch recognized that models combining both risk factors and prodrome factors could achieve sufficient specificity to begin to be useful in predicting incipient pancreatic cancer diagnosis. To do this, he developed a novel analyticmethod to combine population-based case-control data with population cancer incidence data (from SEER) to enable the calculation of age- and gender-specific absolute risks of cancer development from case-control studies, which otherwise allow only the estimation of relative risks.

Dr. Risch then applied this model to data from his Connecticut pancreatic cancer study, to demonstrate that various combinations of risk and prodrome factors have 5-10 percent or greater 5-year risks of pancreatic cancer diagnosis. Over the entire population, he estimated that about 0.9 percent of individuals have 5-year risks this high. Because the prodrome factors that he evaluated in this model are easily observable (diagnosis of diabetes mellitus and how long ago it occurred; years in the past when pancreatitis was diagnosed; years in the past when cigarette smoking stopped; and years in the past when PPI medication use started), it is a simple statistical matter to estimate these risks and no laboratory testing is needed. This seminal paper (Risch HA et al., Detectable symptomatology preceding the diagnosis of pancreatic cancer and absolute risk of pancreatic cancer diagnosis. Am J Epidemiol 2015;182(1):26-34) was an “Editor’s Choice” article and was featured with accompanying editorial commentaries.

Dr. Harvey Risch is professor of epidemiology in the department of epidemiology and public health at the Yale School of Public Health and Yale School of Medicine. Dr. Risch received his MD degree from the University of California San Diego and PhD from the University of Chicago. After serving as a postdoctoral fellow in epidemiology at the University of Washington, Dr. Risch was a faculty member in epidemiology and biostatistics at the University of Toronto before coming to Yale. Dr. Risch’s research interests are in the areas of cancer etiology and prevention, and in epidemiology methods. He is especially interested in the effects of reproductive factors, diet, genetic predisposition, and histopathologic factors in the causation of ovarian cancer, and these factors as well as infection and immune functioning in the etiology of pancreatic cancer. His major research projects have included studies of ovarian cancer, pancreas cancer, lung cancer, bladder cancer, esophageal and stomach cancer, and of cancers related to usage of oral contraceptives and no contraceptive estrogens. Dr. Risch is associate editor of the Journal of the National Cancer Institute,Editor of the International Journal of Cancer, and Member of the Board of Editors, the American Journal of Epidemiology.

The recipient of the $25,000 award is Dr. John Chabot for radically increasing patient survival and R0 resections in LAPC patients. His seminal paper was titled “Resection of Locally Advanced Pancreatic Cancer without Regression of Arterial Encasement After Modern-Era Neoadjuvant Therapy.”

Dr. Chabot has spent the duration of his career at New York-Presbyterian/Columbia since 1983, when he began his internship in transplantation. He has dedicated his career with resolute focus on the prevention, treatment, and cure for pancreatic cancer. Having progressed from intern, resident, and fellow to professor, mentor, and executive director of the Pancreas Center at New York-Presbyterian/Columbia, Dr. Chabot intimately understands the culture and practice of medicine and surgery at the hospital. He is in a well-grounded position to lead Columbia Doctors in responding to the challenges associated with rapid innovation, advancing technology, and the highly informed patient. In addition to serving as executive director of the Pancreas Center, Dr. Chabot is Chief of GI/Endocrine Surgery at New York-Presbyterian Hospital and the David V. Habif Professor of Surgery at Columbia University College of Physicians and Surgeons.