Many people with schizophrenia in Ghana spend their days chained to walls in prayer camps where they are ministered to by spiritual healers and forced to fast and pray. A new study, based on a partnership between researchers at the University of Ghana and Yale University, shows that modern medications can improve symptoms of camp residents. 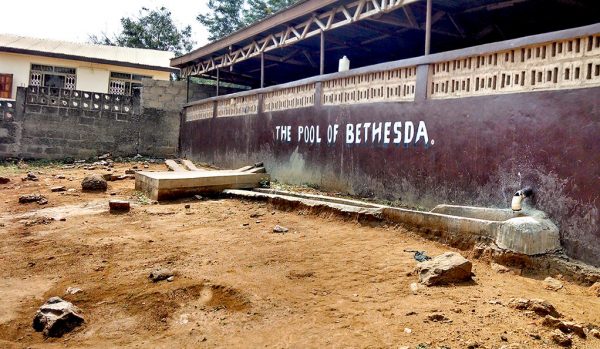 The findings reported Jan. 10 in the British Journal of Psychiatry will hopefully encourage local and multinational reform efforts to upgrade conditions for mental health patients in the West African nation, the authors say.

“Once you have strong scientific evidence that human lives can be improved by modern medicine, international criticisms of the current situation will be harder to ignore,” said senior author Dr. Robert Rosenheck, professor of psychiatry, and epidemiology and public health at Yale School of Public Health, and a faculty member at the Child Study Center.

Dr. Rosenheck collaborated with Dr. Angela Ofori-Atta, clinical psychologist and associate professor at University of Ghana School of Medicine and Dentistry, to study the use of anti-psychotic medication for patients with schizophrenia in a large prayer camp in the hills above Accra, the nation’s capital. The symptoms of camp residents improved as much as those being treated in Western clinics, even though the number of days spent in chains were not reduced.

Resistance to reform of prayer camps is rooted in economics and hampered by a lack of trained providers, Dr. Rosenheck says. Ghana, a country of 25 million people, is served by only 25 psychiatrists and 30 clinical psychologists.

Those suffering from psychotic episodes could be referred to nearby hospitals for acute care until they no longer needed to be chained, Dr. Ofori-Atta urged.

“Thereafter, faith healing camps can provide care with professional oversight of medication,” she said. “Studying the Bible and teaching of the Word can still be encouraged.”