Human cases of Borrelia miyamotoi, a tick-borne infection with some similarities to Lyme disease, were discovered in the eastern United States less than a decade ago. Now new research led by the Yale School of Public Health strongly suggests that the pathogen’s geographic range is bicoastal, far larger than previously believed. 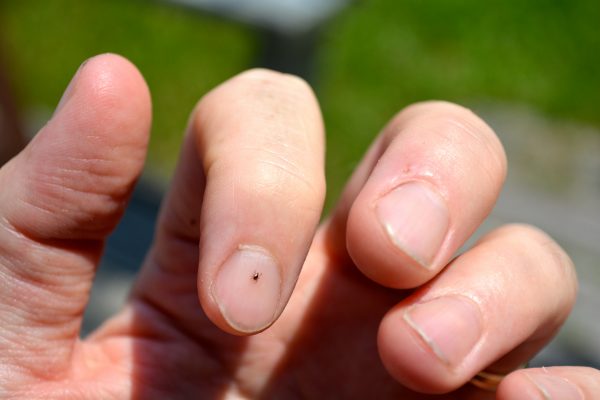 A scientific team headed by Dr. Peter Krause, and including Dr. Erol Fikrig, and Dr. Sukanya Narasimhan, both of the Yale School of Medicine, and Dr. Robert Lane. of the University of California, Berkeley, tested archived sera and found evidence that the disease exists in a Lyme disease endemic community in northern California. A previous study by Dr. Krause and colleagues published last year found evidence that the disease exists in Manitoba, Canada.

“B. miyamotoi infection causes a viral like illness and can cause relapsing fever. Health professionals in areas where B. miyamotoi infections are endemic need to be aware of its presence,” said Dr. Krause, a senior research scientist at the Yale School of Public Health. “It is likely that we will discover that its range extends into many other regions of the United States, possibly wherever Lyme disease is found.”

The study, published in the journal PLOS One, analyzed sera from 101 residents in each of two consecutive years. The sera of two residents in the first year and seven residents in the second year tested positive for the presence of B. miyamotoi antibodies.

Dr. Krause noted that while the results strongly implicate the pathogen’s presence, the laboratory results are not definitive. The test used also detects the presence of two other relapsing fever diseases related to B. miyamotoi. Thus, the exact cause of infection in the study subjects could not be determined conclusively, although epidemiological and clinical data strongly pointed to B. miyamotoi infection. Dr. Krause said these findings also illustrate the need to develop improved serodiagnostic assays capable of differentiating all Borrelia tick-borne infections.

B. miyamotoi was first identified in ticks in 1994 in Japan and then in Connecticut in 2000 by Dr. Durland Fish, at the Yale School of Public Health. Human cases were first reported in 2011 in Russia by Russian scientists and Dr. Fish, now a professor emeritus at the Yale School of Public Health, and Dr.  Krause. Human B. miyamotoi infection subsequently was reported in the eastern United States, and parts of Europe and Japan. Many symptoms of the disease are similar to those of Lyme disease, but patients with B. miyamotoi infection also may experience relapsing fever. People with a compromised immune system, such as cancer patients who are receiving chemotherapy, may develop B. miyamotoi meningoencephalitis. Antibiotic treatment for the newly discovered infection is the same as for Lyme disease and is highly effective, Dr. Krause said.

“Although not as common as Lyme disease, the frequency of B. miyamotoi infection in southern New England appears to be comparable to that of other infections transmitted by the black-legged tick, such as anaplasmosis and babesiosis,” said Dr. Krause.