Yale: What Makes Us Well? Diversity, Health Care, and Cycling to Work Matter

Diverse neighbors. Health centers. Commuter trains. These community attributes, and other key factors, are linked to well-being and quality of life, according to Yale researchers.

In a new nationwide study of more than 300,000 adults, the Yale-led team found that people who live in communities that offer racial diversity, access to preventive health care, and public transportation, among other elements, are more likely to report high levels of well-being, the researchers said.

The study is published in the journal PLOS ONE.

Well-being — defined as an individual’s assessment of his or her health and quality of life — is associated with longevity and better health outcomes. Research shows that well-being also varies by region.

To investigate correlations between community attributes and well-being, the Yale-led research team examined data on 77 characteristics of counties across the United States related to demographics, clinical care, social and economic factors, and the physical environment. They also analyzed findings from the Gallup-Sharecare Well-Being Index. The index measures Americans’ perceptions of their daily life experiences, including their sense of purpose, financial security, relationships, and physical health.

Linking the well-being data to specific county characteristics, and using a step-wise process to eliminate redundancy, the researchers identified 12 attributes that were strongly and independently associated with well-being.

“We came up with attributes that explained a large portion of the variation we see in well-being,” said first author and assistant professor medicine Dr. Brita Roy, M.D. “Several factors were related to income and education, which is expected. But we also found that attributes related to the community environment and the way people commute and variables related to health care were linked to well-being.” 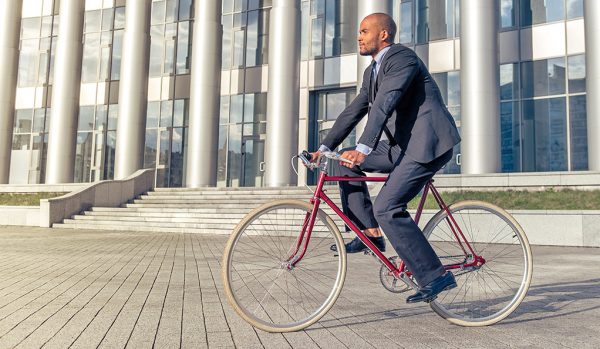 For example, living in a community with a higher percentage of black residents was associated with greater well-being for all. Access to preventive health care, such as mammography, and health centers were linked to well-being. Individuals in communities where they could commute to work by bicycle reported feelings of satisfaction and fulfillment, the researchers noted.

While the study did not prove a cause-and-effect relationship between community attributes and well-being, the correlations were significant, said the researchers. The findings suggest strategies for policymakers and public health experts who seek to enhance health and well-being in their communities, they said, noting that promoting diversity and better education, transportation, and primary care may make a difference.

“The results of this study represent a step forward in our understanding of how we may efficiently and effectively improve well-being through community-based action,” said Dr. Carley Riley, ., co-author and assistant professor at Cincinnati Children’s Hospital Medical Center.

“To improve the well-being of a community, you need to work across multiple sectors and fields, to include the economy and health care and urban planning and transportation,” said Dr. Roy, who points to examples of communities in Richmond, CA, and Chittenden County, VT, that have taken this approach to health. “Working across different groups, in coalitions, has potential to improve health and quality of life.”

This project was primarily supported by a grant from the Agency for Healthcare Research and Quality (BR). A list of authors’ potential competing interests is in the full paper, published by PLOS ONE.